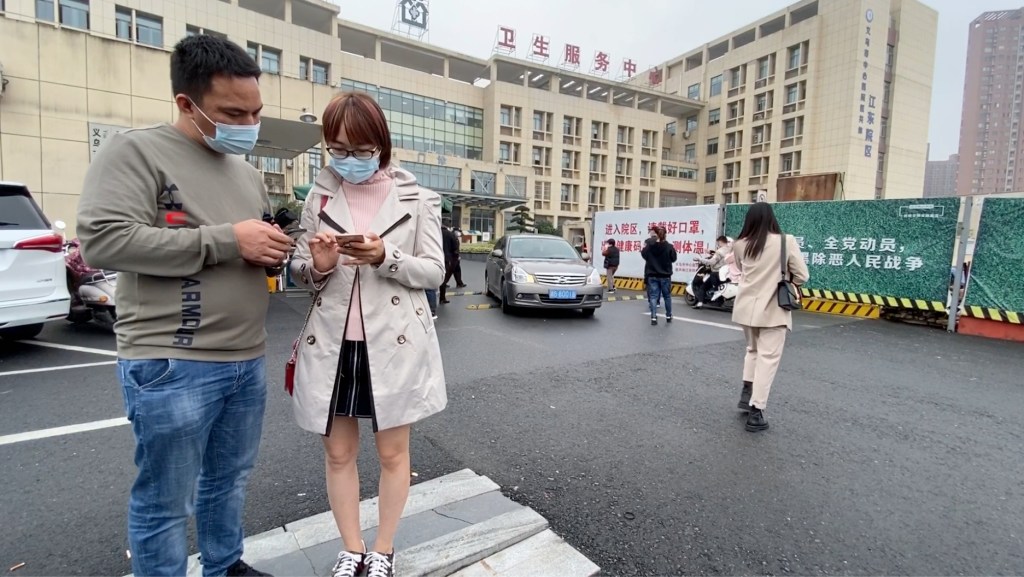 When Anny Ku heard that there were coronavirus vaccines on offer in Yiwu, a city in China’s eastern Zhejiang province, she traveled more than 600 miles (965 kilometers) for a chance to get the shot.

Ku worked in Chile for more than 20 years as an importer and exporter, but she returned to her home in southern China earlier this year after the coronavirus pandemic worsened and a large number of cases appeared in South America.

There had been no official announcement that a vaccine was available in Yiwu — just a series of articles in local media — but Ku believed she needed the shot in order to leave China and get back to her job overseas. “If one has (the vaccine), it’s much safer to leave the country,” she said.

Yiwu is one of a small number of cities which in recent weeks week have begun reportedly offering an experimental coronavirus vaccine to select members of the public, despite the drug still undergoing clinical trials. Jiaxing, another city in Zhejiang province, announced on October 15 it would sell vaccines to citizens with an “urgent” need.

“Citizens with urgent vaccination needs can go to the community clinic for consultation with the premise of voluntary and informed consent,” the Jiaxing Center for Disease Control posted to its official WeChat account on October 15. In Jiaxing the vaccine will cost about $60 for the required two doses once it is distributed, according to the statement.

Globally, there is currently no coronavirus vaccine which has been successfully tested and proven safe to use. As of October, four Covid-19 vaccine candidates designed by Chinese companies were in Phase 3 clinical trials, the final and most important step before regulatory approval can be sought for a drug.

When CNN visited the hospital in Yiwu where Ku had gone on October 19, staff confirmed that in the past week they had been giving experimental coronavirus vaccinations to citizens who had an urgent need to travel overseas. No one who CNN spoke to had received the vaccine, however.

The Yiwu government has yet to make a public statement on the release of the experimental vaccines. CNN has contacted them for comment.

Authorities in Jiaxing and Yiwu have not explicitly outlined what constitutes an “urgent” need for the experimental vaccine, what proof is required to show you need a shot, or why these cities in Zhejiang were allowed to give out emergency doses rather than larger metropolises such as Beijing or Shanghai.

An article in the state-run tabloid Global Times on Tuesday denied that the Covid-19 vaccines were publicly available at all.

However, that hasn’t stopped some regular citizens arriving in Yiwu and Jiaxing by train or plane in the hope of getting their hands on the experimental vaccine.

Other cities in Zhejiang are still announcing a rollout of vaccinations using the experimental drugs. On Tuesday, the city of Shaoxing said that “emergency vaccinations” would be given out in the autumn and winter, with the time and date yet to be announced.

Since the initial outbreak in December 2019, China has slowly brought its local coronavirus epidemic under control, through a combination of citywide lockdowns, mass testing and sophisticated track and trace tools.

Now Beijing is at the forefront of a global effort to find a coronavirus vaccine, with Chinese President Xi Jinping repeatedly urging the country’s scientists to accelerate their work. On October 20, Tian Baoguo, an official from the Ministry of Science and Technology said that 60,000 people had been injected as part of the drug trials and no serious adverse reactions had been recorded.

“At present, China’s vaccine research and development work is generally in a leading position,” he said.

But ahead of any vaccine’s approval, the Chinese government has been moving forward with a series of vaccinations for people they consider at risk or in high-profile positions.

The apparent push to make the vaccine publicly available contrasts with other countries, including the United States, where drug makers and regulators have so far exercised caution.

In June, Beijing approved the use of the experimental vaccine by CanSino Biologics in the country’s military.

Three months later, the Chinese government approved the emergency use of the vaccine by the Chinese National Pharmaceutical Group, also known as Sinopharm, for medical professionals, diplomats in high-risk countries and state-owned company employees working overseas.

A large number of people have already been vaccinated. As of early October, Yang Xiaoming, the chairman of China National Biotec Group, which has two vaccines currently in Phase 3 trials, said their drug had been given to about 350,000 people so far in emergency doses authorized by the Chinese government. These vaccinations are not part of the ongoing drug trials.

Dr. Jin Dong-yan, a virologist at Hong Kong University, told CNN that it was “risky” to push forward with immunizations before the drug had been fully tested and cleared.

“In the history of vaccine development there are many examples that even if the vaccine has passed the phase 3 trials still there might be problems,” Jin said. None of the experimental vaccines have passed phase 3 yet.

The Yiwu and Jiaxing vaccine programs are not the first time an unapproved coronavirus vaccine has been offered to select members of the public in China. In early October, an offer was distributed online apparently by Sinopharm for a free vaccine for Chinese students heading overseas to study.

After being advertized for a few days however, the offers were pulled and it’s not clear whether or not any vaccines were actually provided.

Mino Guo was one of the students who registered for the vaccine while living in her hometown of Guangdong, in the country’s south, because she was keen to return to her studies in the United States in November.

“The US situation is a little bit serious. I’m not very worried it, but my family and my friends around me worry about my life there. So that’s why I think it is necessary to get a vaccine, to make my family feel safe,” she said.

Guo said she had been a bit concerned about what effect the vaccine might have on her, but in the end she never received it.

So far, no special treatment is being given in China to people who have received the experimental coronavirus vaccine, such as being allowed to travel without a mask.