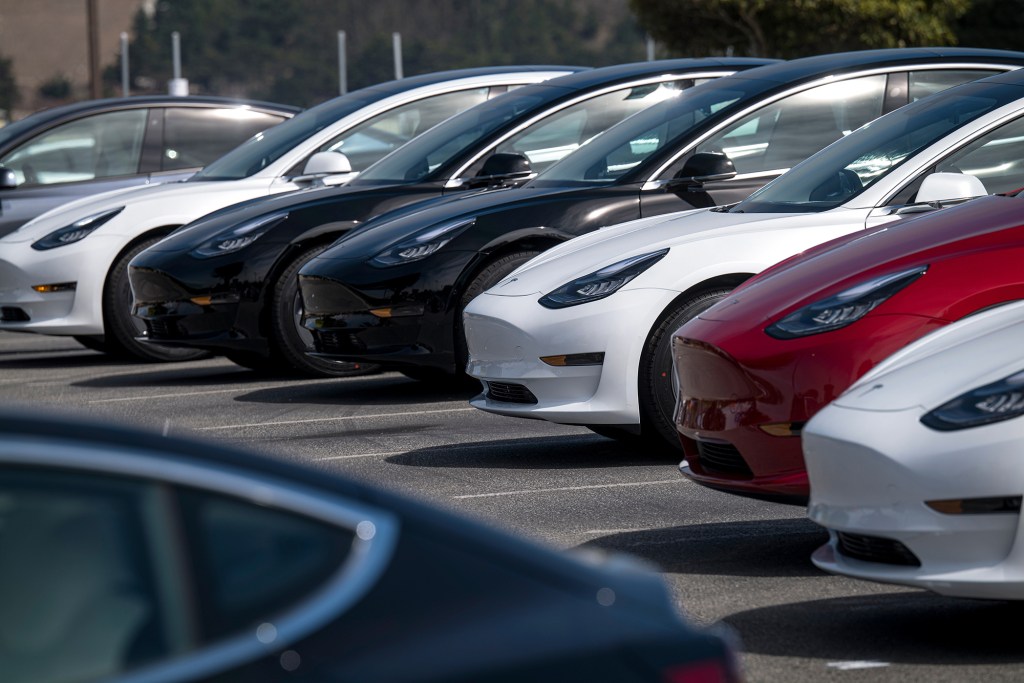 Tesla reported by far its best quarterly profit Wednesday and said it still hopes to hit its target of half a million car sales this year.

The strong results and ambitious goal were good news to investors in the high-flying stock, which has gained more than 400% so far this year. Shares of Tesla climbed once again in after-hours trading on the earnings report.

There had been doubts that Tesla could achieve its goal of delivering 500,000 cars to customers this year, given the shutdown of its plant in Fremont California, earlier due to the Covid-19 pandemic ordered by local health authorities. It has delivered 319,000 cars in the first three quarters of this year.

Tesla reported net income of $874 million excluding special items, up 156% compare to what it made on that basis a year ago and nearly double its second quarter profit. Analysts had been forecasting earnings of $593 million.

Including special items, net income came in at a more modest $331 million. That was more than triple its second quarter earnings, which were released as it was coming off of the temporary lockdown of its plant.

Revenue hit $8.8 billion, up 39% from a year ago. And cash flow more than tripled to $1.4 billion. Between the cash generated by operations and the money raised in recent stock sales, the once cash-starved company ended the quarter with $14.5 billion in cash on hand, up 69% in just three months.

“We should have sufficient liquidity to fund our product roadmap, long-term capacity expansion plans and other expenses,” the company said in its statement.

Tesla said it recently upgraded its Fremont assembly line where it builds the Model Y, its lower priced SUV. It said it now has the capacity to build 500,000 Model Y and Model 3 sedans a year there, in addition to 90,000 of its more expensive Model S and Model X versions.

In addition, the company’s Model 3 capacity in its new Shanghai plant stands at 250,000, and assembly lines to build the Model Y are under construction in Shanghai, Berlin and Texas.

The company expects the Model Y to be its best selling vehicle and has set sales goals that would make it the best-selling US SUV of any kind — gas or electric.

In his call with investors, CEO Elon Musk, known for giving ambitious target dates and goals for the company in the past, gave a relatively cautious forecast for when the company’s pickup, the Cybertruck, will be available. “It’s difficult to predict,” he said.

He said he anticipates a few deliveries to customers next year, but no widespread deliveries until 2022.

Musk also elaborated on a tweet from Tuesday that a beta version of Tesla’s its full self-driving technology had been rolled out to a handful of its vehicles.

“We’re starting very slow and very cautiously because the world is a complex and messy place,” he said on the call. The technology will be released to more people in coming weeks, he added, and will hopefully be in wide release by year end.

There have some who questioned the safety of Tesla’s self-driving technology and whether it’s ready for widespread use. Musk insisted the best way to make it safer is if it’s used as widely as possible, because the feedback from the system will allow the feature to learn and become safer.

Musk also said that he believes all methods of transportation will eventually be autonomous.