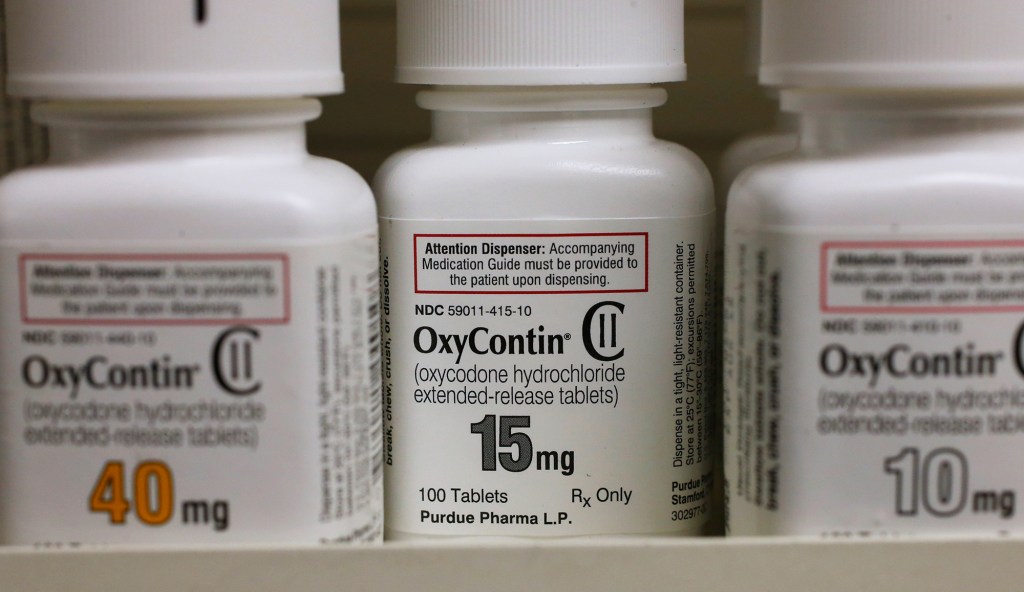 Oxycontin Maker To Plead Guilty To Federal Criminal Charges, Pay $8 Billion, And Will Close The Company

Purdue Pharma, the maker of OxyContin, has agreed to plead guilty to three federal criminal charges for its role in creating the nation’s opioid crisis and will pay more than $8 billion and close down the company.

The money will go to opioid treatment and abatement programs. The privately held company has agreed to pay a $3.5 billion fine as well as forfeit an additional $2 billion in past profits, in addition to the $2.8 billion it agreed to pay in civil liability.

The company doesn’t have $8 billion in cash available to pay the fines. So Purdue will be dissolved as part of the settlement, and its assets will be used to create a new “public benefit company” controlled by a trust or similar entity designed for the benefit of the American public. The Justice Department said it will function entirely in the public interest rather than to maximize profits. Its future earnings will go to paying the fines and penalties, which in turn will be used to combat the opioid crisis.

The plan is for the company to make life-saving overdose rescue drugs and medically assisted treatment medications available at steep discounts to communities dealing with the opioid crisis.

The Justice Department also reached a separate $225 million civil settlement with the former owners of Purdue Pharma, the Sackler family. Still, the Sackler family — as well as other current and former employees and owners of the the company — face the possibility that federal criminal charges will be filed against them.

“Purdue deeply regrets and accepts responsibility for the misconduct detailed by the Department of Justice,” said Purdue Chairman Steve Miller, who joined Purdue’s board in July 2018. “Purdue today is a very different company. We have made significant changes to our leadership, operations, governance, and oversight.”

Contributing to the opioid crisis

The company, which filed for bankruptcy in 2019, pleaded guilty to violating federal anti-kickback laws, as it paid doctors ostensibly to write more opioid prescriptions.

Abuse of prescription painkillers is a major cause of the nation’s opioid crisis. According to the Centers for Disease Control, 450,000 people died in the United States in the 10 years starting in 1999 from overdoses involving any opioid, including prescription and illicit opioids. And about a third of those deaths in 2018 involved prescription opioids.

Although the more than $8 billion in fines and penalties in the agreement is a record to be paid by a pharmaceutical company, it is only a fraction of what it has cost federal, state and local governments to combat the opioid crisis. States across the country have filed claims topping $2 trillion in the Purdue Pharma bankruptcy case.

States object to the deal

So some states are objecting to the settlement. Twenty-five state attorneys general wrote to US Attorney General William Barr last week arguing against the plan to create a government-controlled company out of the assets of Purdue Pharma, arguing that the government should not be in the business of selling OxyContin.

The letter said at least one potential buyer, which it did not identify, had already expressed interest in buying Purdue Pharma’s drug business.

“The public should be confident that public officials are seeking to avoid having special ties to an opioid company, conflicts of interest, or mixed motives in an industry that caused a national crisis,’ said the letter. “Selling the business to a private owner may also deliver more upfront money that cities and states can use to abate the opioid epidemic.”

Several state attorneys general who signed that earlier letter were quick to criticize the deal Wednesday.

“This settlement provides a mere mirage of justice for the victims of Purdue’s callous misconduct,” said Connecticut Attorney General William Tong. “The federal government had the power here to put the Sacklers in jail, and they didn’t. Instead, they took fines and penalties that Purdue likely will never fully pay.”

The states are likely to continue to seek money from the company as part of its bankruptcy process. The settlement also needs the approval of the bankruptcy court for it to go into effect.

“Every dollar paid here is one dollar less for states like Connecticut trying to maximize money from Purdue and the Sacklers to abate the opioid epidemic,” said Tong. “Preserving Purdue’s ability to continue selling opioids as a public benefit corporation is simply unacceptable. The timing of this agreement mere weeks before the election raises serious questions about whether DOJ political leadership was negotiating in the best interest of the American public.”

Members of the Sackler family withdrew more than $10 billion from Purdue Pharma and put the money in family trusts as the company faced legal challenges related to its role in the nation’s opioid epidemic, according to court documents.

But a spokesperson for the Sackler family defended those withdrawals, their actions with Purdue Pharma and their agreement with the DOJ.

“Members of the Sackler family who served on Purdue’s board of directors acted ethically and lawfully, and the upcoming release of company documents will prove that fact in detail,” said the family’s statement. “This history of Purdue will also demonstrate that all financial distributions were proper.”

The statement said that family’s ownership interest of Purdue Pharma had been valued at between $10 billion to $12 billion, and the loss of that stake was far more than the profits they took out of the company since the introduction of OxyContin. And they pointed out that despite the objections to the settlement, many state and city governments support the plan.

“We have deep compassion for people who suffer from opioid addiction and abuse and hope the proposal will be implemented as swiftly as possible to help address their critical need.”

Oxycontin Maker To Plead Guilty To Federal Criminal Charges, Pay $8 Billion, And Will Close The Company