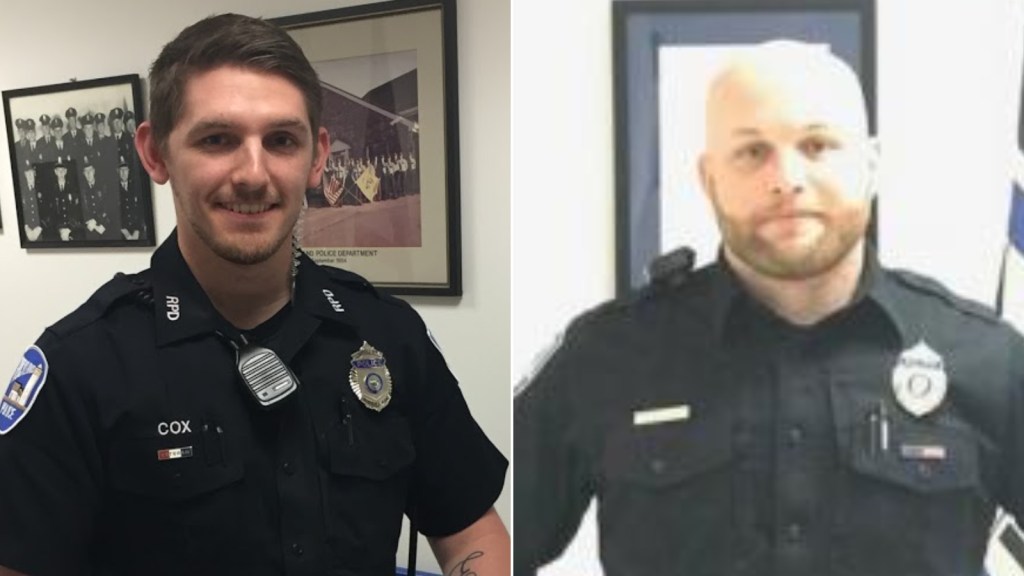 Two Maine police officers were fired from the Rockland Police Department following a criminal and internal investigation into allegations leveled against them.

Addison Cox, 27, and Michael Rolerson, 30, were fired after allegedly beating porcupines to death with their batons while on duty, according to The Courier Gazette.

The incidents took place in early June but were not reported until late August by another Rockland police officer, The Courier Gazette reported.

Police chief Chris Young confirmed the termination of two officers in a statement on Facebook but would not divulge their identities or any details, citing state law relating to employee discipline. Young declined to comment to CNN.

A third officer is on administrative leave for allegedly filming a video of Rolerson killing a porcupine, according to The Courier Gazette.

The Maine Bureau of Warden Services, which oversees law enforcement related to fishery and wildlife, conducted the criminal investigation into the incidents, according to a court complaint filed by the district attorney’s office.

The Lincoln County Sheriff’s Office, on behalf of the Rockland Police Department, completed an internal investigation into the allegations but could not divulge any details, the sheriff’s office told CNN.

Protected information from the investigation and reports appear to have been leaked to The Courier Gazette, as many details were not made available to the public.

The court complaint states that on or about August 31, Cox and Rolerson, “in a manner manifesting a depraved indifference to animal life or suffering, did intentionally, knowingly or recklessly cause extreme physical pain to an animal; cause the death of an animal; or physically torture an animal.”

Cox and Rolerson have been charged with misdemeanor aggravated cruelty to animals and night hunting, which are Class C and D crimes, respectively, in Maine.

District Attorney Natasha Irving told CNN that Cox and Rolerson have a court appearance set for November 9 and have not yet entered pleas for any of the charges.

Rolerson estimated that he killed eight porcupines while Cox said he killed three in the report compiled by the Bureau of Warden Services, according to The Courier Gazette.

“Mike is a decorated veteran, a dedicated police officer and a loving family man. He and his family have been devastated by these accusations. This is not an opportunity for some activist to score cheap points on a police officer,” Rolerson’s attorney, Steve Smith, told CNN.

Cox’s attorney did not respond to a request for comment from CNN.

“A tremendous amount of power is given to those who wear a badge and are tasked with protecting their communities; it’s a power that I do not take lightly,” Rockland police chief Young said in a statement posted on Facebook.

“I’m asking you to trust that, if there were an allegation of police misconduct, I would take it very seriously and any investigation would be conducted appropriately, always placing public safety and community trust at the forefront.”

Cox and Rolerson have appealed their termination, according to The Courier Gazette, which cited Joseph Piconne of the Teamsters Union.