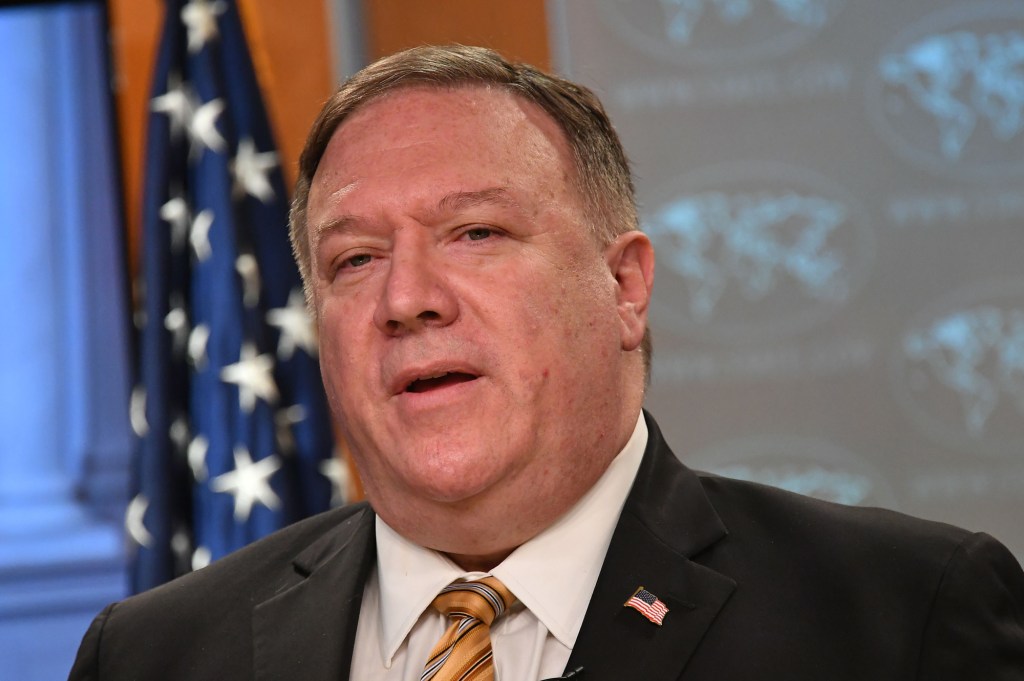 Secretary of State Mike Pompeo on Friday announced he would release more of former Secretary of State Hillary Clinton’s emails — an openly political move on behalf of President Donald Trump ahead of the November election and a year after a State Department investigation concluded there was no “persuasive evidence” of widespread mishandling of classified information by Clinton or her aides.

A day earlier, Trump expressed displeasure that his top US diplomat had not yet released the emails deleted from Clinton’s private server, which she said in 2015 “were personal and private.”

In an interview with Fox News Friday, Pompeo said, “We’ve got the emails, we’re getting them out.” It is unclear if he was referencing the deleted emails.

“We’re going to get all this information out so the American people can see it. You’ll remember there was classified information on a private server, should have never been there, Hillary Clinton should never have done that, that was unacceptable behavior,” Pompeo said.

“You can see, whether it’s Russia or China or Iran or the North Koreans who want to get their hands on this kind of information, classified information needs to stay in the right places. Secretary Clinton, when she was here at the State Department, did not do that,” he said.

An investigation by the State Department released in October 2019 said there was no “persuasive evidence” of widespread mishandling of classified information. Then-FBI Director James Comey twice concluded in 2016 that Clinton should not face criminal charges over her use of a private server, but did rebuke Clinton and her aides in July of that year for being “extremely careless” in the handling of classified information. A subsequent Department of Justice inspector general report released in June 2018 found that Comey’s prosecutorial decisions in the Clinton case were “consistent” with precedent and not affected by bias or other improper actions.

Trump has consistently attacked his 2016 presidential rival and in the waning days of the 2020 campaign has sought to pressure top officials to take steps to malign his political opponents. Some officials, like Director of National Intelligence John Ratcliffe and Attorney General Bill Barr have obliged, providing a string of declassified documents to Senate Republicans and others targeting the FBI’s Russia investigation ahead of the November election.

In late September, Ratcliffe released unverified Russian intelligence about Clinton. Democrats accused him then of pushing Russian disinformation about Clinton, which he denied.

“John Ratcliffe is anything but an intelligence professional. It is appalling his selective declassification of information. It is designed to advance the political interests of Donald Trump and Republicans who are aligned with him,” Brennan said.