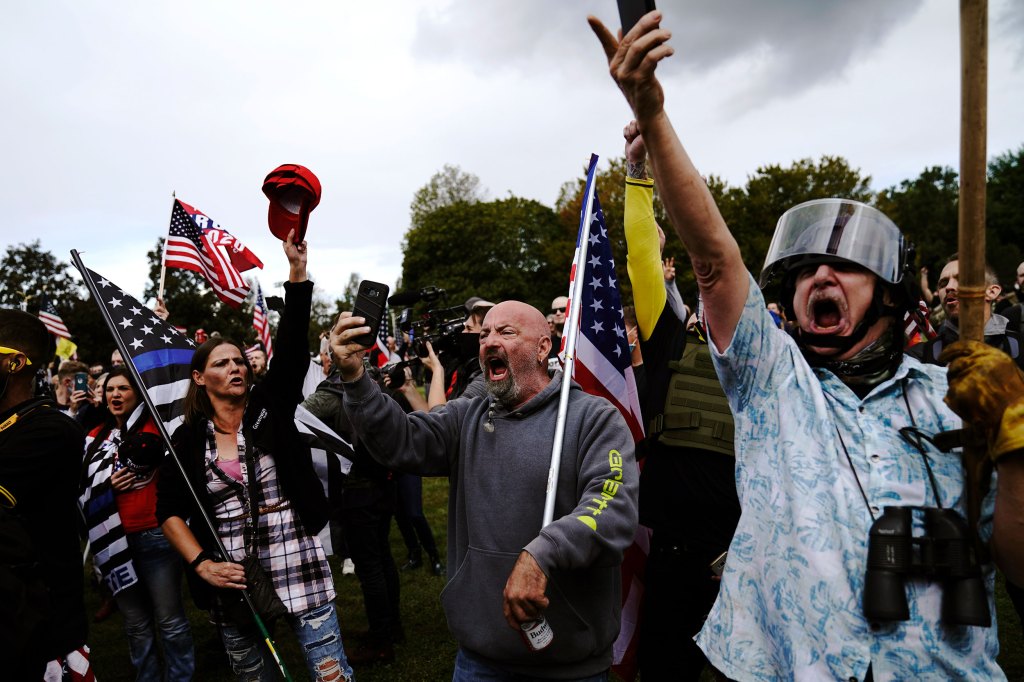 The New York Police Department is training uniformed officers on responding to peaceful and violent protests ahead of November’s presidential election.

“The whole idea behind the training is to separate those people that are there to cause chaos, as opposed to the real reason that the protests began in the first place,” said Deputy Chief Samuel Wright, who’s leading the initiative.

The move comes as federal law enforcement agencies, led by the Federal Bureau of Investigation, have held discussions in recent months with sheriffs and local police charged with keeping order should any protests arise surrounding potentially disputed election results.

Among the concerns are armed extremists who may try to interfere with or halt vote-counting done by local canvassing boards. Groups ranging from right wing activists and white supremacists to antifa and anarchists have been active during months of protests since the death of George Floyd at the hands of Minneapolis police in late May.

In New York, for the first time in decades, every unformed officer — including those in the transit and housing sectors — will take a two-day course at the department’s training facility in Queens. The special training was first reported by the Wall Street Journal.

While officers routinely undergo retraining department officials said they hadn’t revisited disorderly control procedures on this scale since the 1990s.

The training, which focuses on tactical measures as well as the psychology behind protests, started in July, shortly after the department saw massive demonstrations across the city in the wake of the Floyd killing.

“It focuses on the movement of our staff… and to build up sense of resilience, a tougher skin when we’re dealing with the individuals that we’re out there protecting,” Wright said.

The department’s handling of recent demonstrations, which included clashes between protesters and police, has been criticized by protest participants, community activists and elected officials.

A preliminary report by New York Attorney General Letitia James on the handling of protests over the summer said 2,000 arrests were made. The July report also included a review of social media video that showed an NYPD vehicle accelerating through a crowd of protesters.

NYPD officials said they have used lessons from some interactions over the summer months to improve training.

Some incidents included attacks on the police and their vehicles. In June, a pair of New York attorneys were arrested for allegedly hurling a Molotov cocktail into the broken window of an empty patrol car. There were also reports of vandalism and looting.

Some 300 NYPD vehicles were damaged, some beyond repair, costing the department about $1 million dollars, according to the NYPD.

Wright said the volume of protest activity over the summer was greater than in years past, with what he called agitators mixing with peaceful protesters to heighten tensions.