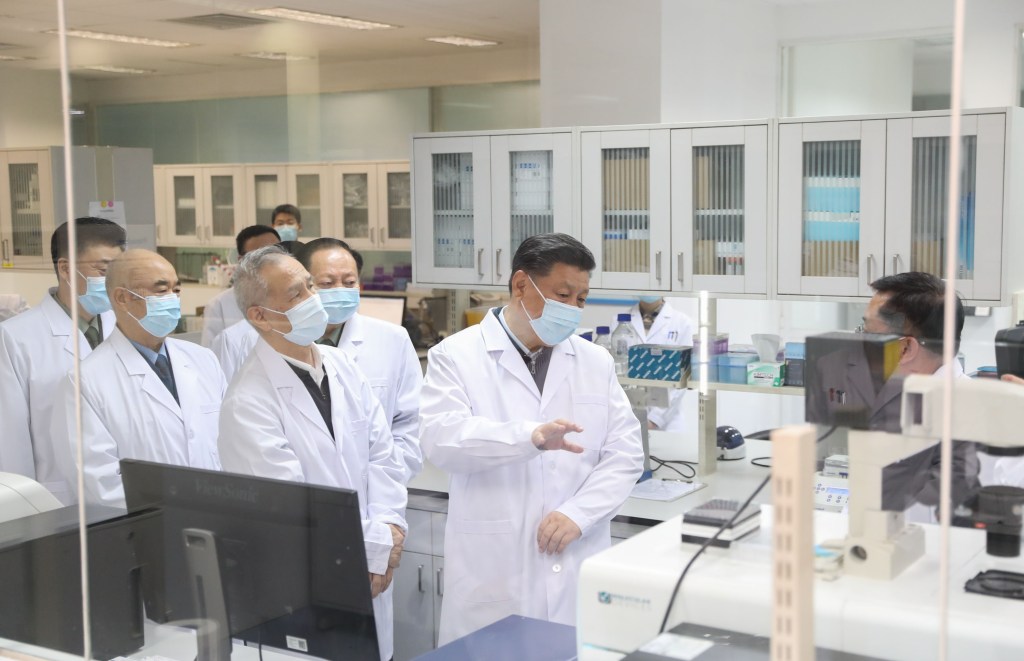 The global push to develop a coronavirus vaccine is gathering pace, but much to the likely frustration of US President Donald Trump, caution exercised by American drug makers and regulators has put China out in front … for now.

Moderna, a leading coronavirus vaccine maker, said this month it will not be ready to apply for emergency use authorization until at least November 25. Meanwhile, the US-based trial sites of another frontrunner, AstraZeneca, have placed testing on hold after a participant in Britain developed a serious illness last month, further undermining Trump’s hopes that a vaccine would be ready in time for Election Day on November 3.

The stringent US safety protocols have shifted the so-called vaccine race in China’s favor, where — for better or worse — political will holds a much larger sway over state, commercial and individual actions, potentially bending rules or norms as needed.

China’s leader Xi Jinping has repeatedly urged the country’s scientists to accelerate the research and development of coronavirus vaccines. Chinese drug makers have also been told to treat their work as an “important political task” — and they are doing everything they can to follow that directive.

And while the successful development of a vaccine would not preclude other countries from continuing to pursue their own research, China has placed special emphasis on being first.

As of October, four of the 10 Covid-19 vaccine candidates that have entered Phase 3 clinical trials worldwide — the last and most important step of testing before regulatory approval is sought — were developed by Chinese companies.

CNBG Chairman Yang Xiaoming said last month that the progress of its vaccines was going “faster than expected.” The company has carried out Phase 3 trials in countries including the United Arab Emirates, Bahrain, Peru, Morocco, and Argentina, with a total of 42,000 participants.

“We’re only one last mile away from eventual success,” he recently told a bioindustry conference in the Chinese city of Wuhan, where the coronavirus was first detected last December.

Wu Guizhen, the chief bio-safety expert at China’s Disease Control and Prevention Center, told state broadcaster CCTV last month that the country’s coronavirus vaccines could be ready for general public use as early as November.

“I believe it’s very likely they’ll be the first to announce the successful development of a vaccine,” said Yanzhong Huang, a senior fellow for global health at the Washington-based Council on Foreign Relations.

“But the key question is how well the international society, especially the scientific community, will recognize it.”

A vaccine usually takes years to develop. But to stop a virus that has killed more than a million people worldwide, scientists are developing Covid-19 vaccines at unprecedented speed. In China, efforts to ramp up that process have included the controversial testing of hundreds of thousands of people outside the normal regulatory approval process.

Since July, Chinese drug makers have been administering experimental vaccines on people working in “high-risk” professions — including medical workers and border agents — under a government-approved emergency use program, which allows vaccine candidates to be used on a limited scale before their safety and efficacy have been fully proven by clinical trials.

The vaccine candidates approved for emergency use are still in Phase 3 trials. Some experts worry that fast-tracking the normal approval process could potentially expose participants to unknown side effects, and Chinese drug makers are taking risks that contravene international ethical and safety norms.

“Despite official claims that the vaccines are safe and effective, it may not be a wise decision to inoculate so many people on such a large scale before systematic data from Phase 3 clinical trials become available,” said Huang, the global health expert.

Yet Chinese drug companies were already taking controversial and risky steps months before the launch of the emergency use program.

Yang, the CNBG chairman, told a conference in Wuhan last month that more than 100 people had received the company’s early stage coronavirus vaccine candidate before it was approved for human trials on April 12 — including himself.

“I’m not wearing (a mask today), because I went for an injection of this vaccine on March 22,” Yang said. “We’re called the pioneers. Before the approval of clinical (trials), we had four people in the first batch, 38 people in the second batch, and with the third batch a total of 138 people participating to test its safety and efficacy.”

In late May, Sinopharm said in an online statement that its employees, including top executives, received experimental shots as a “pre-test” before clinical trials.

“It’s like the legendary Shennong tasting hundreds of herbs himself,” the statement said, referring to the mythological father of traditional Chinese medicine who eventually died after ingesting a toxic plant.

“For more than a hundred years, it is a tradition for CNBG employees to test the medicines on themselves. Furthermore, it is a spirit of sacrifice that passed down generation after generation.”

Huang said sacrifice of individual wellbeing for the interest of the collective — or the state — has been encouraged by the government for a long time, and dates back long into Chinese history.

The sense of self-sacrifice may also partially explain the large number of people willing to take the risk and get vaccinated under the emergency use program.

Yang, the CNBG chairman, said about 350,000 people had taken his company’s experimental shots.

CNBG’s two coronavirus vaccine candidates were approved for emergency use and offered to medical professionals, diplomats deployed to high-risk countries, and state-owned company employees working overseas under China’s Belt and Road Initiative, according to a statement posted on Sinopharm’s website this month.

The vaccine candidate developed by Sinovac is also included in the emergency use program, according to Reuters.

The company has injected 90% of its employees and family members — about 2,000 to 3,000 people — with its experimental vaccine.

Separately, the Chinese government also approved the use of the coronavirus vaccine from CanSino Biologics for the country’s military in June.

Chinese health officials say the emergency use program has its legal basis in the country’s vaccine law, and participation is entirely voluntary.

But given that many participants are public or civil servants and state-owned company workers, some might have felt politically pressured into signing up, Huang said — especially when their bosses and colleagues have done so.

“I always feel like I’m not sure to what extent they should be consider ‘volunteer’ as defined by the West,” he said of the participants.

There is also the question of necessity for emergency testing in China, given the country has not reported any locally transmitted symptomatic coronavirus cases for more than a month.

To some observers, there could be other factors underlying China’s push for the vaccine race.

“The government efforts to aggressively develop and promote the vaccines are increasingly driven by political and foreign policy considerations,” Huang said.

Aside from scientific prestige and national pride, a safe and effective Covid-19 vaccine could also have geopolitical implications.

The Chinese government has faced sharp criticism — most notably from the US — for its initial handling of the coronavirus outbreak. Its subsequent “mask diplomacy” — an effort to ship medical supplies to countries struggling with Covid-19 — also fueled suspicion that it was trying to change the coronavirus narrative.

Being first to provide the world with a vaccine would present China with an opportunity to shore up its global standing by positioning itself as a leader in fighting the pandemic, filling the void left by the US and consolidating its position as a true superpower.

It would also offer a degree of diplomatic leverage. China has promised a growing list of countries — mostly developing nations which have helped Chinese companies carry out Phase 3 trials, including Beijing’s strategic allies — priority access to a Chinese vaccine if it’s proven to be safe and effective.

But China’s vaccine industry has a troubled record of safety. Over the past decade, China has been hit by a series of vaccine scandals.

In 2018, Changsheng Biotechnology Co. was fined for fabricating vaccine production and inspection data. In 2017, the same company was already found to have produced ineffective diphtheria, pertussis and tetanus (DPT) vaccines intended for children. Wuhan Institute of Biological Products, a CNBG subsidiary behind one of the vaccines in Phase 3 trials, was also found to have made defective DPT vaccines.

In the US, as much as Trump wants to expedite the development process, any move that undermines the safety and efficacy of a future vaccine is likely to be met with strong pushback from experts, regulators and drug makers.

Amid rising concerns that a vaccine could be rushed by political pressure into emergency use authorization (EUA) before Election Day without proper safety checks, the US Food and Drug Administration this week published new guidance, saying it would like to see two months of safety data after volunteers get their second dose of vaccine before companies may apply for EUA — something that would make it impossible to get an EUA before November 3.

In the first presidential debate, Trump said he had spoken to the major vaccine makers, including Moderna, and they had told him a vaccine could be available soon.

Moderna CEO Stéphane Bancel said at a conference hosted by the Financial Times last week that he has received no political pressure, in either direction.

“Nobody, since we started this race against the virus in early January, from any party, from any branch of government, from any country, has asked us to go faster or to go slower,” he said.