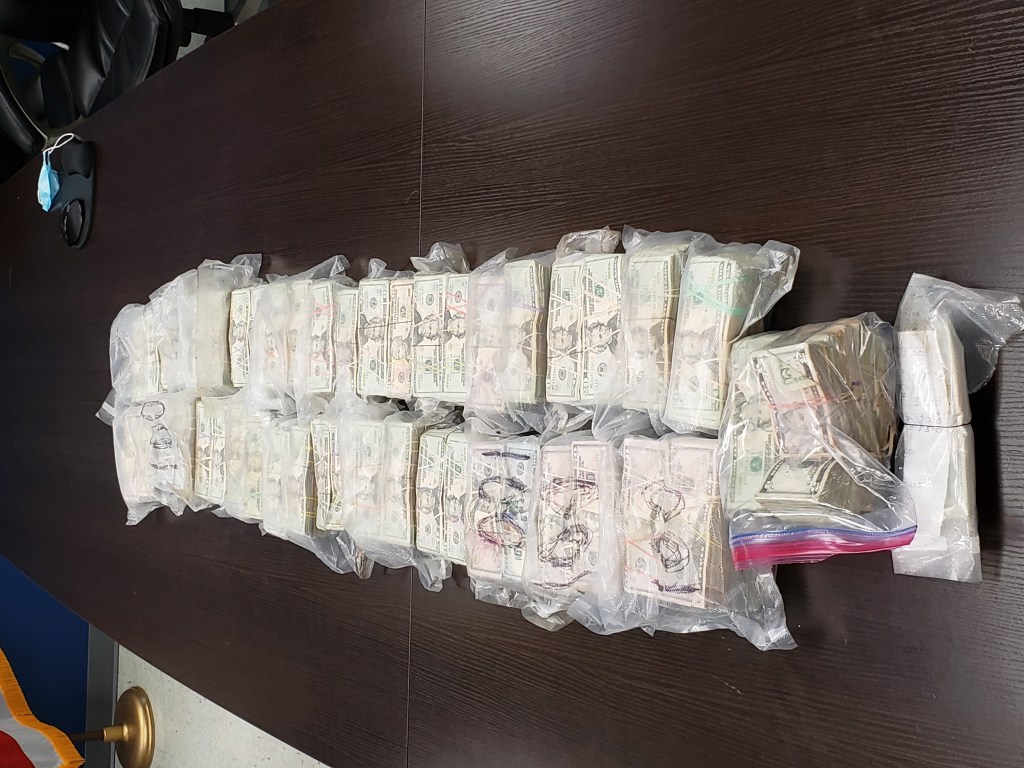 CBP Officers Seize $838,481 in Unreported Currency at the Roma Port of Entry

“Our frontline CBP officers conducting unpredictable outbound operations at our Port of Entry came up big with a seizure of more than $800,000 dollars in unreported currency,” said Port Director Andres Guerra, Roma Port of Entry.  “Enforcement actions like these have substantial impact on those who transport bulk quantities of cash and fail to adhere to federal currency reporting requirements.”

The seizure occurred on Wednesday, October 7, 2020 when CBP Officers referred a 2016 Chevrolet Colorado occupied by a male U.S. citizen for a secondary inspection.  With the utilization of a non-intrusive imaging system, CBP officers discovered $838,481 concealed within the vehicle.

It is not a crime to carry more than $10,000, but it is a federal offense not to declare currency or monetary instruments totaling $10,000 or more to a CBP officer upon entry or exit from the U.S. or to conceal it with intent to evade reporting requirements. Failure to declare may result in seizure of the currency and/or arrest. An individual may petition for the return of currency seized by CBP officers, but the petitioner must prove that the source and intended use of the currency was legitimate.

CBP Officers Seize $838,481 in Unreported Currency at the Roma Port of Entry