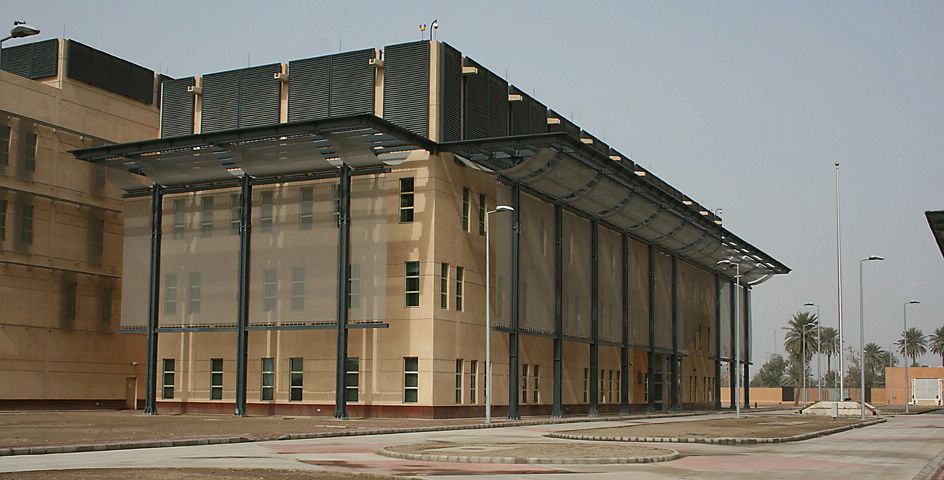 The Trump administration has reiterated to Iraqi leaders at multiple levels its threat to close the US Embassy in Baghdad if Iranian-backed militia attacks targeting US personnel in the country don’t subside, demonstrating the seriousness of the consideration, three US officials told CNN.

The warning — initially from Secretary of State Mike Pompeo to Iraqi leadership — was restated on Monday at the State Department when Undersecretary of State for Political Affairs David Hale met with Iraq’s ambassador to the US, Fareed Yaseen, according to sources familiar with the meeting. US Ambassador to Iraq Matthew Tueller also discussed the matter with Iraqi Foreign Minister Fuad Hussein before the latter traveled to Iran over the weekend.

The Washington Post and local outlets were first to report on the US warnings about shuttering the embassy.

The threat to close the embassy — America’s largest in the region — has shocked Iraqi officials, especially as it came after what the country viewed as a successful visit to Washington last month. US officials said the administration will make a determination about the status of the embassy in the coming weeks, and any changes would require briefings to Congress.

However, some current and former US officials see Pompeo’s threat to shutter the entire US Embassy in Baghdad as “a lot of theater and bluster,” in the words of a former top State Department official who previously worked closely with Pompeo.

Current and former officials also said the US could curtail the number of services provided by the embassy to Iraqis, such as visa processing and US Agency for International Development services. It is unclear, however, if ways to shut down those specific services are being evaluated at this time.

The State Department would not reveal the details of the diplomatic discussions but noted they are ongoing.

“The safety and security of U.S. personnel in Iraq is our highest priority, and we call on the Government of Iraq to fulfill its responsibility under international law to protect diplomats. If the government does not shoulder those responsibilities, the U.S. government will do whatever is necessary to protect its people,” a State Department spokesperson said on Tuesday. “This is a constant topic of discussion with Iraqi officials, but as a matter of policy, we do not comment on internal deliberations, our private conversations with the Iraqi government, or our overall security posture.”

A State Department official told CNN on Tuesday that “the Embassy remains open and Ambassador Tueller is in Baghdad.”

Tensions between the US and Iranian-backed forces in Iraq skyrocketed following the killing of Iranian commander Qasem Soleimani in a US drone strike in Baghdad in January. In March, two Americans and a British national were killed in a rocket attack on a military base in Taji, Iraq, that one US official said was likely the work of Iran.

On Monday, five members of one family, including three children, were killed after a Katyusha rocket fired by “outlaws” landed on a house near Baghdad’s airport, a statement by the Iraqi armed forces said.

That attack was a topic of conversation when Hale and Yaseen met Monday. The Iraqi ambassador said the attack demonstrates that it is not just the Americans and other international officials in Iraq who are under threat by these militia groups, it is also the Iraqis themselves, said the source familiar with the meeting.

But US officials believe that rocket was aimed at a US facility, and as more of these attacks happen it raises the possibility that the militias could succeed in hitting American targets, US officials said.

State Department spokeswoman Morgan Ortagus condemned the attack in a statement Tuesday and called “on Iraqi officials to take immediate action to hold the perpetrators accountable.”

“We have made the point before that the actions of lawless Iran-backed militias remains the single biggest deterrent to stability in Iraq,” she said in a statement. “These militias pose an unacceptable danger to everyone in Iraq, from diplomatic officials and facilities to Iraqi activists and families.”

It is unclear precisely how Iraq would move to drive down the militia attacks, and how quickly the Iraqis could take the necessary action. There is, however, more that the Iraqi security forces can do to combat the Iranian-backed militia attacks and provide protection to US facilities and personnel in the country, US and Iraqi officials said, but did not elaborate on specifics.

There are also fears that the reporting on these diplomatic demands could throw fuel on the fire and result in militia groups carrying out even more attacks, the US and Iraqi officials said.

‘Worried about a political situation that will be used against them’

The first former senior official said Pompeo was likely posturing with his threat to shutter the entire embassy in an effort to force Iraq to step up its security effort, and predicted that pressure was coming now because of the heightened fear of US diplomats getting killed in Iraq before the US presidential election in November.

Another former senior State Department official said the memory of the 2012 attack on the US mission in Benghazi, Libya, which left four Americans dead, was likely weighing on the decision.

“They’re worried about a political situation that will be used against them — and especially, you know, in the run-up to the election,” the official said.

“If you’re the Iranians, you know, and you’ve had your beloved Quds Force commander blown to smithereens, and you’ve been looking for a way to get back at the Americans, and to do damage to a President who bragged about the killing of Soleimani, one way to do it is to show him that he killed Soleimani supposedly to protect American overseas, and guess what? It didn’t work.”

However, the official scoffed at the notion that the US would shutter its diplomatic compound in the Iraqi capital over threats from Iranian-backed militias.

“The United States does not run away, especially from Iran, which is what we would be doing,” the official said.