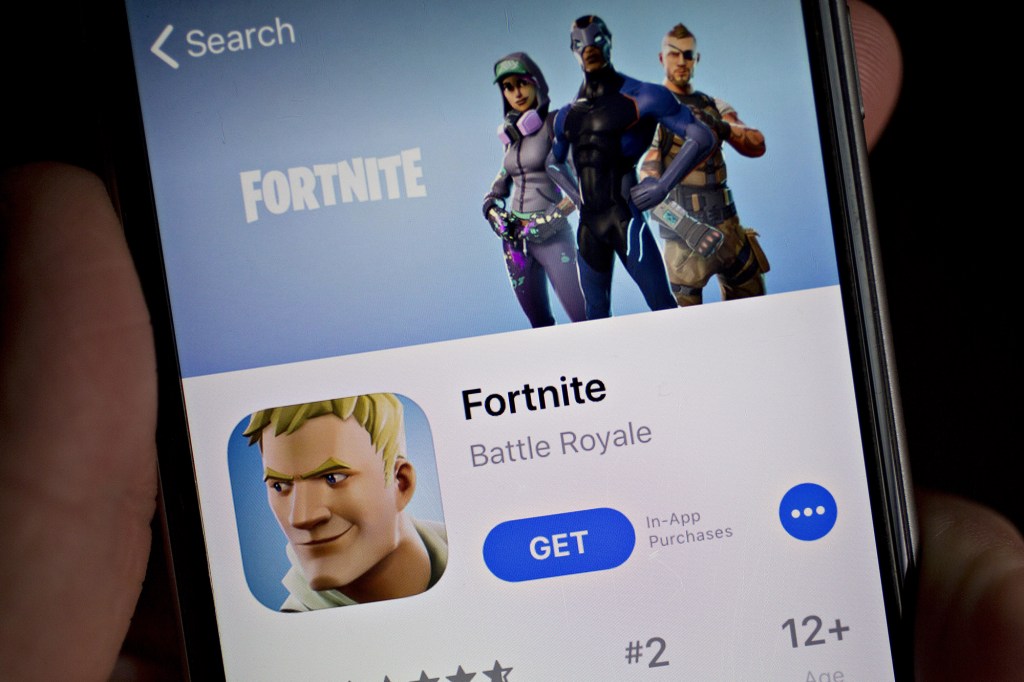 The maker of Fortnite is suing Apple and Google after the tech giants blocked the wildly popular online video game, which boasts hundreds of millions of registered players, from their app stores Thursday.

The companies behind the iOS and Google Play app stores said they removed Fortnite because its developer, Epic Games, violated their guidelines by announcing a way for players to buy in-game currency without using Apple and Google’s proprietary payment systems.

It quickly became clear that the suits were not a spur of the moment decision by Epic. The complaints ran to 60 pages each, and one of the lawyers involved is Christine Varney, who ran the Justice Department’s antitrust division during the Obama administration.

Epic then added insult to injury, releasing a video parodying Apple’s iconic “1984” ad, casting Apple in the role of villain. It also threw Google’s “Don’t Be Evil” slogan back at the tech company, and accused the firm of having “relegated its motto to nearly an afterthought.”

The controversy began when Epic Games announced Thursday it will offer a permanent 20% discount on Fortnite’s in-game currency if players purchase directly from Epic.

In a blog post, Epic said players could not get the discount if they paid via Apple or Google.

The company added, “If Apple or Google lower their fees on payments in the future, Epic will pass along the savings to you.”

Hours later, Fortnite had vanished from Apple’s app store — and Epic responded with a lawsuit.

“Apple’s removal of Fortnite is yet another example of Apple flexing its enormous power in order to impose unreasonable restraints and unlawfully maintain its 100% monopoly over the iOS in-app payment processing market,” Epic said in its complaint, which was filed in the US District Court for the Northern District of California. It requested an injunction to prohibit Apple’s allegedly anticompetitive conduct and to mandate that Apple restore competition.

“Today, Epic Games took the unfortunate step of violating the App Store guidelines that are applied equally to every developer and designed to keep the store safe for our users,” Apple said in a statement emailed to CNN Business. “As a result their Fortnite app has been removed from the store.”

Apple said it will work with Epic to resolve the violations so Fortnite can return to the App Store.

Later Thursday, Google said it too had removed Fortnite from the Google Play Store, though the game can still be installed from other sources on Android devices.

“The open Android ecosystem lets developers distribute apps through multiple app stores,” Google said in a statement. “For game developers who choose to use the Play Store, we have consistent policies that are fair to developers and keep the store safe for users. While Fortnite remains available on Android, we can no longer make it available on Play because it violates our policies. However, we welcome the opportunity to continue our discussions with Epic and bring Fortnite back to Google Play.”

In response, Epic filed another suit — this time against Google.

Google “is using its size to do evil upon competitors, innovators, customers, and users in a slew of markets it has grown to monopolize,” the complaint, filed in the US District Court for the Northern District of California, read.

This isn’t the first time Epic has had an antagonistic relationship with the major app stores. In 2018, Epic announced it would not bring Fortnite to Google’s Play Store and instead asked players to download the game directly from its website.

In April, Epic released Fortnite on the Google Play Store, two years after the game landed on iOS. At the time, it explained in a statement that it finally made the move because software downloaded outside of Google Play on Android operates at a disadvantage, suffering from security pop-ups and restrictions, with Google public relations describing such software as malware.

The revolt against the dominant app store operators includes other household names. Last year, Netflix ended support for in-app subscriptions, asking users instead to pay through its website. Spotify made a similar decision in 2016.

More recently, the new email service Hey.com found itself at odds with Apple because it did not use Apple’s own payment platform. Hey’s founder, David Heinemeier Hansson, testified in January against Apple’s practices in a congressional hearing held by the House Judiciary Committee’s antitrust panel, which is investigating Apple, Amazon, Facebook and Google for potential anticompetitive behavior. Hansson has told CNN he’s also spoken to Justice Department antitrust officials about the app’s experience with Apple.

Apple has rejected claims that it uses its control over the iOS App Store in an anticompetitive manner. It hired an independent research firm to publish a report showing that the 30% cut it takes is standard across many digital marketplaces.

As Epic was preparing to launch its own software marketplace, Sweeney said it no longer makes sense for app stores to take such a hefty chunk of app developers’ revenue.

“The 70/30 percent split was a breakthrough more than a decade ago with the advent of Steam, the Apple App Store, and Google Play,” Sweeney said in an interview with Game Informer. “But today, digital software stores have grown into a $25,000,000,000+ business worldwide across all platforms, yet the economies of scale have not benefited developers.”

Epic says its own app store takes a much smaller cut from app makers — just 12%.