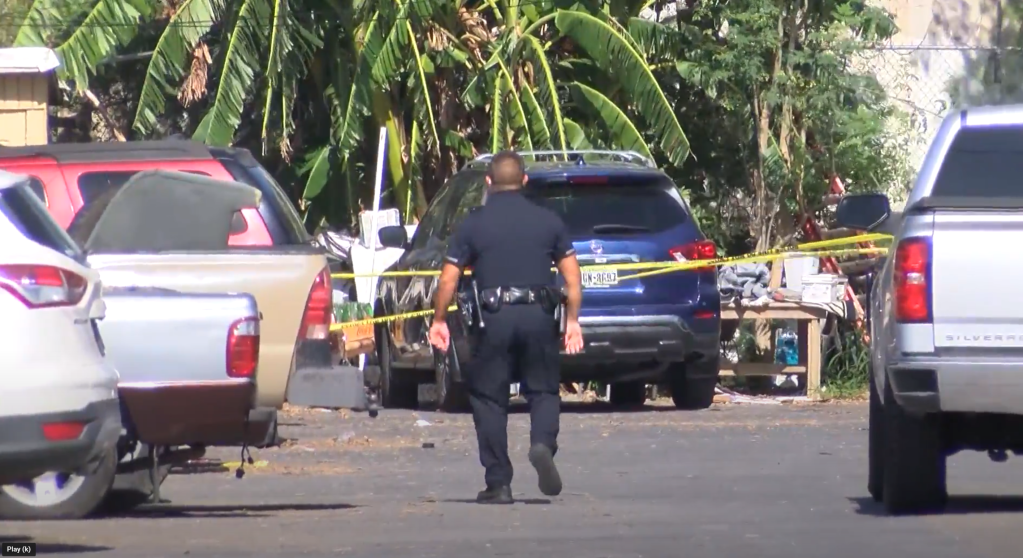 The 18-year-old’s mother is asking for justice after police shot multiple times at her son despite knowing about his mental illness and that he was holding a bb gun.

“There needs to be justice they need to know when to use the weapon and when not.”

Flor Candanosa says her son suffers from mental illness. When she called police, she let them know the situation and her son’s conditions.

“We were seeking help so my son could go to Tropical ( Behavioral Health Center). What happened is they felt threatened because my son had a rifle bb gun. Yes it’s a weapon: I understand that.”

Officers responded to a disturbance call at 25 North Fir at around 3 AM. An 18-year-old male was behaving aggressively and appeared to be intoxicated. According to the police report, the young man exited the apartment with an unknown type of rifle. Police then gave a verbal command and shot him at least once in the abdomen.
Candanosa says six officers arrived to the scene and three of them shot at her son.

“They are saying only two of them shot him, but I saw three. There was 3 gun shots one went through my son’s room to my neighbors room. The other one hit him here and the other in his abdomen. So how can you tell me it was only one shot?”

The 18-year-old was transported to McAllen Medical, where police say he appeared to be in stable condition. However, his mother says he has gone through 3 surgeries and is fighting for his life.

“Y’all be careful who seek for help because we don’t even know at this time who to call any more. You call the police, you never know if they are going to kill you.”

Candanosa says she is now seeking legal actions against the police department for the way they handled the situation and brutally shot at her son.

Pharr police says none of the officers sustained any injuries during the incident and that the Texas Rangers have taken over the investigation.