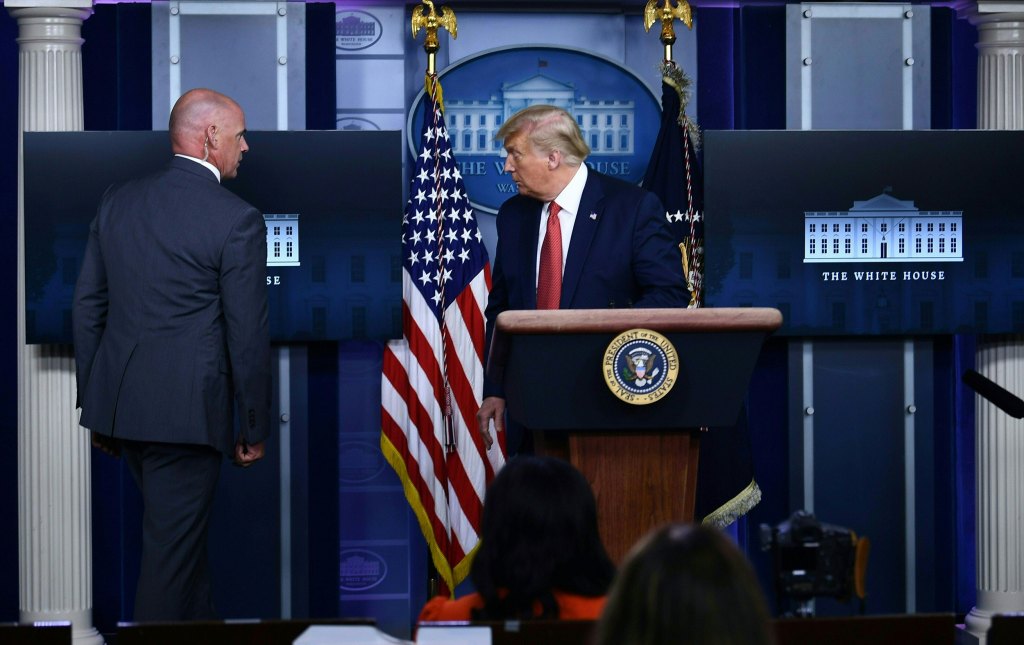 President Donald Trump was abruptly evacuated from the White House briefing room by security on Monday after shots were fired outside the building.

“There was a shooting outside of the White House and it seems to be very well under control. I’d like to thank the Secret Service for doing their always quick and very effective work,” Trump said when he returned.

The Secret Service said in a statement late Monday evening that the incident had begun when a 51-year-old man approached a Secret Service Officer at 17th Street Northwest and Pennsylvania Avenue Northwest near the White House.

“The suspect approached the officer and told the officer he had a weapon. The suspect then turned around, ran aggressively toward the officer, and in a drawing motion, withdrew an object from his clothing,” the statement said.

“He then crouched into a shooter’s stance as if about to fire a weapon. The Secret Service officer discharged his weapon striking the individual in the torso.”

The Secret Service Office of Professional Responsibility will conduct an internal review of the officer’s conduct, the statement added.

Trump had been midsentence during the first attempt at a briefing when security came into the room and asked him to leave the area.

“Excuse me?” Trump asked when the security approached.

“Step outside,” the agent said.

When Trump returned to the briefing room, he said he has been taken to the Oval Office when he was evacuated.

“I feel very safe with the Secret Service. They’re fantastic people. They’re the best of the best. They’re highly trained,” Trump told reporters when he returned. “They just wanted me to step aside for a little while just to make sure that everything was clear outside.”

Trump said he had asked whether White House facilities were breached.

“I don’t think the person breached anything,” he added. “I don’t believe anything was breached. I asked that question.”

This story has been updated with information from the Secret Service.