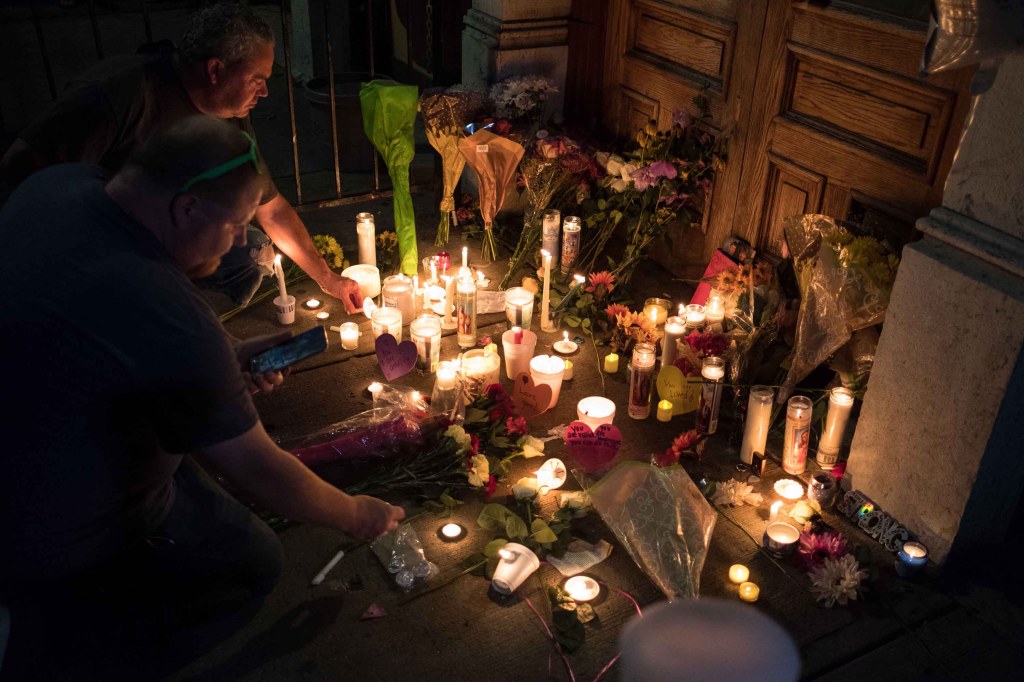 One year ago, a man unleashed a barrage of bullets on a bustling Dayton, Ohio, nightspot, killing nine people, including his sister Megan and forever changing the Oregon District. Seventeen other people were injured by gunfire that night, as well as more than two dozen who sustained injuries in the stampede that followed.

In the days following the shooting, mourners, friends, and family gathered to remember the victims and activists called for gun reform; the Dayton Strong mural created at the time is still outside Ned Peppers, the bar near where the shooting occurred in the Oregon District.

If times were normal, there would be large vigils marking one year since that tragic night. But due to the Covid-19 pandemic, memorial events this year are being held virtually or will be limited to small groups, the city announced. Ohio is nearing 100,000 reported coronavirus cases; Montgomery County, where Dayton is located, has more than 4,000 cases and at least 77 reported deaths, according to data from Johns Hopkins University.

Dayton will hold nine minutes of silence Tuesday night to remember the nine victims; the city will provide a video link on its Facebook page to participate. The city will also unveil a photo mosaic made from a collection of pictures submitted by the public that have been pieced together to “showcase how the Dayton community continues to remember those who were lost, and how we have come together and continue to work to make Dayton shine in their honor,” the city said.

Memorial celebrations have been dubbed “Dayton Shines” in reference to the Gem City Shine event held following the shooting in 2019.

The pandemic has disrupted the healing process, expert says

The pandemic has disrupted the normal healing process for many people because healing involves social support and engaging with others — which have become nearly impossible while social distancing and isolating, said Farris Tuma, chief of the traumatic stress research program at the National Institute of Mental Health.

“The pandemic itself includes a lot of the same kind of experiences and risk factors … as any other trauma or disaster emergency in terms of how it can affect people’s lives,” Tuma said.

What we know about the shooting

Police have said that Connor Betts arrived at the Oregon District that night with his sister and a companion, but split off and went to another bar by himself before retrieving his gun from a vehicle. Betts fired 41 shots in about 30 seconds with a .223-caliber high-capacity rifle, killing his sister and eight others, according to authorities. He was killed by responding officers 32 seconds after his first shot.

Dayton police said Betts had an obsession with violence and mass shootings and had expressed a desire to commit a mass shooting, but have not determined exactly what led Betts to choose that location at that time. The FBI has been investigating the motive, and in February said that the probe was nearing an end, CNN affiliate WLWT reported.

In a statement Monday, the Cincinnati Division of the FBI said the investigation is ongoing and the FBI will continue to work with the Dayton Police Department until “all evidence and information connected to this case is thoroughly examined.”