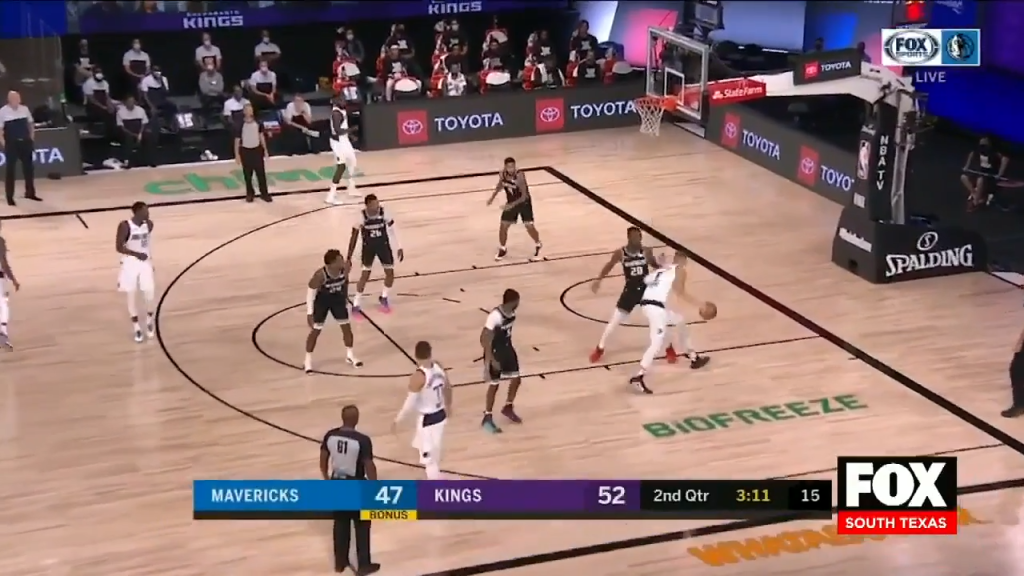 The Dallas Mavericks were facing off The Sacramento Kings in their third match since the season relaunched.

Dallas was behind by the end of the first half but were able to close the gap in the final quarter.

The Kings were up by 6 points.

Doncic creates space with the cross over to Porzingis for an easy lay in.

Final seconds and the game is tied, Fox had a chance to make the target for the win but failed. The game headed to overtime were The Mavs would finish on top 114 to 110.

Luka Doncic finished off with 34 points, 20 rebounds and 12 assists.