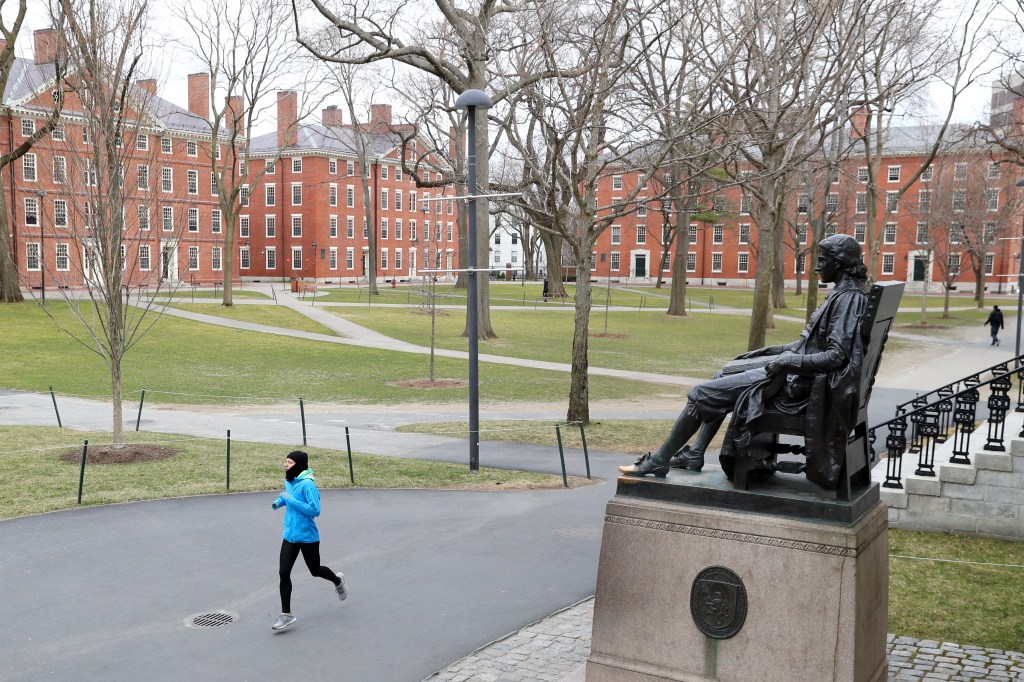 International students who are pursuing degrees in the United States will have to leave the country or risk deportation if their universities switch to online-only courses, Immigration and Customs Enforcement announced Monday.

The move may affect thousands of foreign students who come to the United States to attend universities or participate in training programs, as well as non-academic or vocational studies.

Universities nationwide are beginning to make the decision to transition to online courses as a result of the coronavirus pandemic. At Harvard, for example, all course instruction will be delivered online, including for students living on campus. For international students, that opens the door to them having to leave the US.

“There’s so much uncertainty. It’s very frustrating,” said Valeria Mendiola, 26, a graduate student at Harvard’s Kennedy School of Government. “If I have to go back to Mexico, I am able to go back, but many international students just can’t.”

In a news release Monday, ICE said that students who fall under certain visas “may not take a full online course load and remain in the United States,” adding, “The U.S. Department of State will not issue visas to students enrolled in schools and/or programs that are fully online for the fall semester nor will U.S. Customs and Border Protection permit these students to enter the United States.”

The agency suggested that students currently enrolled in the US consider other measures, like transferring to schools with in-person instruction. There’s an exception for universities using a hybrid model, such as a mix of online and in-person classes.

Brad Farnsworth, vice president of the American Council on Education, said the announcement caught him and many others by surprise.

“We think this is going to create more confusion and more uncertainty,” said Farnsworth, whose organization represents about 1,800 colleges and universities. “What we were hoping to see was more appreciation for all the different possible nuances that campuses will be exploring.”

One concern with the new guidance, Farnsworth said, is what would happen if the public health situation deteriorates in the fall and universities that had been offering in-person classes feel they have to shift all courses online to stay safe.

Visa requirements for students have always been strict and coming to the US to take online-only courses has been prohibited.

“These are not some fly-by-night universities, these aren’t scams, these are legit universities who would normally have in-person curricula but for coronavirus,” said Theresa Cardinal Brown, director of immigration and cross-border policy at the Bipartisan Policy Center.

“The bigger issue is some of these countries have travel restrictions on and they can’t go home, so what do they do then?” she added. “It’s a conundrum for a lot of students.”

Harvard University President Larry Bacow said in a statement Monday evening that “we are deeply concerned that the guidance issued today by US Immigration and Customs Enforcement imposes a blunt, one-size-fits-all approach to a complex problem giving international students, particularly those in online programs, few options beyond leaving the country or transferring schools.”

The guidance, Bacow continued, “undermines the thoughtful approach taken on behalf of students by so many institutions, including Harvard, to plan for continuing academic programs while balancing the health and safety challenges of the global pandemic.”

“We will work closely with other colleges and universities around the country to chart a path forward,” he said.

The Trump administration has made a litany of changes to the US immigration system, citing the coronavirus pandemic, that have resulted in barring swaths of immigrants from coming to the country.

Last month, the White House issued an immigration proclamation dramatically curtailing legal immigration to the US sending hundreds of people and businesses into a scramble to understand whether their future plans are derailed.

In the proclamation, the administration argued that the “extraordinary circumstances” posed by coronavirus called for the suspension of employment-based visas. But immigrant advocates, industries and experts say the administration is taking advantage of the pandemic to make sweeping immigration changes and advance its agenda to slash legal immigration.

Monday’s announcement, like the changes that preceded it, could similarly result in many foreign students who often pay high tuition to have to return to their home country.

According to the Migration Policy Institute, a think tank based in Washington, DC, about 1.2 million students who fall under the affected visas were enrolled and registered at more than 8,700 schools nationwide as of March 2018.

Farnsworth said he sees the announcement as part of a larger pattern of moves by the administration that “have not set the right tone.”

“This is going to create I think more anxiety on the part of international students, and for those who are still thinking about where they’re going to go in the fall, I think this may push them in the direction of attending a university in another country,” he said.

While students might have the option to transfer to a college or university offering in-person courses, it might be difficult to come by amid continued concerns over coronavirus. Some schools have announced plans to bring students back but shorten semesters, as well as cancel nearly all in-person classes through the semester.