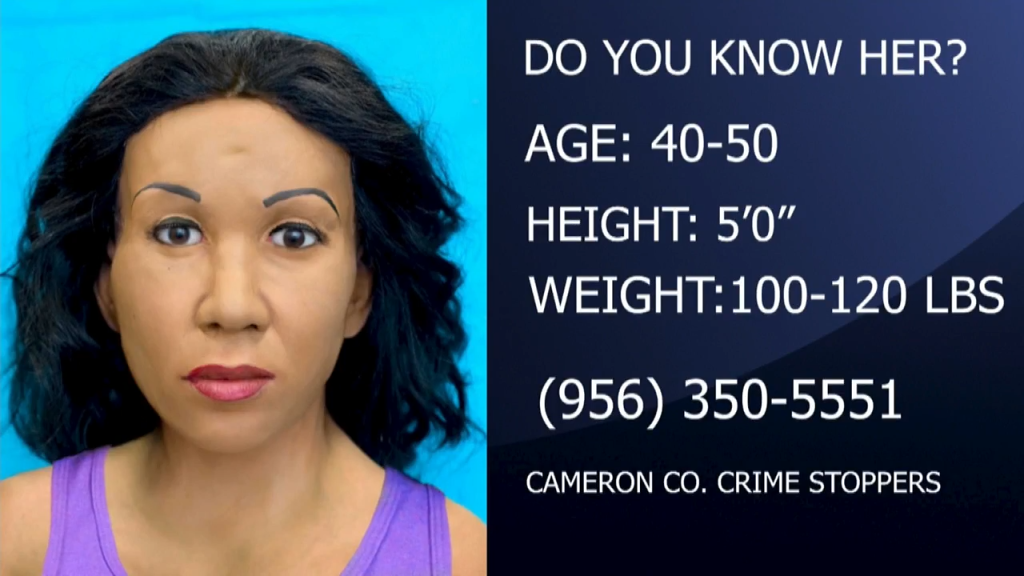 Officials are still trying to identify a” Jane Doe” that was found buried in a northern part of south padre island in October of 2012. The woman could be between the ages of 40 to 50 years old, about five feet tall and weighing around 100 to 120 pounds. She has black hair and tattooed eyebrows and lip line.

Anyone that can identify her or has information on the case can call anonymously to Cameron County Crime Stoppers at 350-5551. You could be eligible for a cash reward.