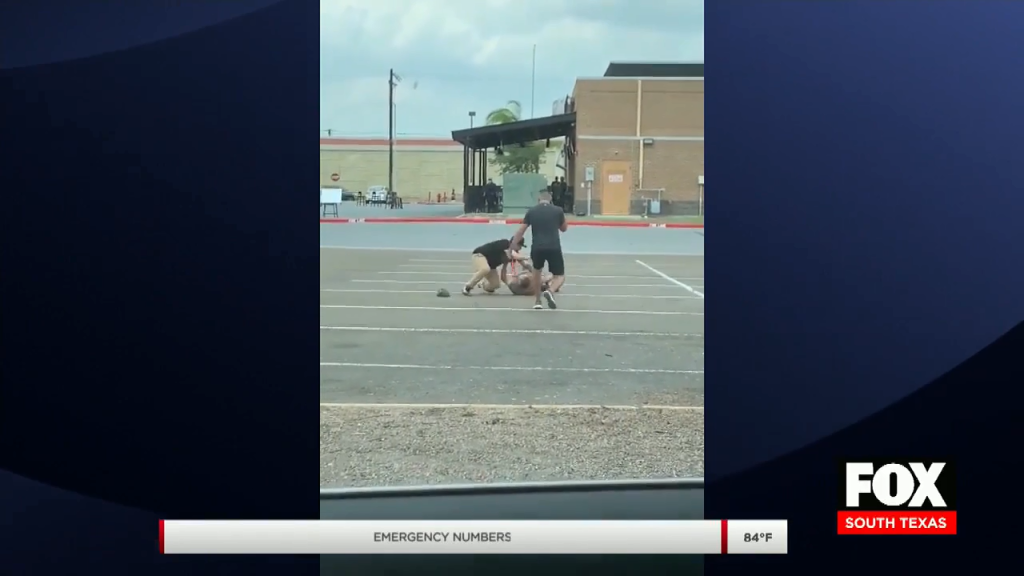 A 66-year-old man in hot water after a road rage incident in Weslaco is caught on camera.

Weslaco police were called out to the 1900 block of West Expressway 83 at around 2 PM Wednesday.
You can see the suspect swinging a machete.

According to LT Eric Hernandez, the man confronted another driver after an incident on the expressway. The suspect, who has not yet been identified, is facing charges of aggravated assault with a deadly weapon.