Border patrol agents in Los Ebanos arrested a Honduran man identified as Edin Leny Giron-Ramirez after he has crossed into the country. After a records check, it was revealed the man had a criminal past involving a sexual offense against a child, additionally, he had also been convicted of indecent exposure.

All of the men are being processed. 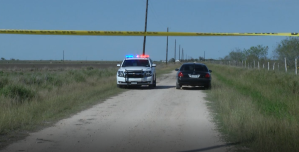