Police Say Crash Was Possible Cover-Up For Man’s Assault, Leading To His Death

Laredo, Texas– An investigation reveals a man may not have died due to injuries caused by a car accident.

On July 1st, Samuel Hernandez was involved in a single-vehicle accident on the 3200 block of San Francisco Avenue. At the scene, Laredo Police found a vehicle that struck a cement barricade. Inside, they found Hernandez slumped over the front passenger side. He sustained serious injuries and was taken to the hospital where he died days later.

Authorities and the Webb County Medical Examiner’s Office launched a death investigation into the incident.

“And it was discovered that the victim, in this case, had injuries that were not consistent to a traffic accident and at the worst signs of assault against the victim.”

Officers went back to the scene and found evidence indicating an assault took place before Hernandez crashed.

“And that the person that was identified as the assailant in this case actually dragged the victim after he was assaulted, put him inside the vehicle and drove the vehicle into the cement barrier to mask, if you will, the assault that had taken place.”

The assailant was identified as Alfonso Salinas. He is facing charges of aggravated assault causing bodily injury. 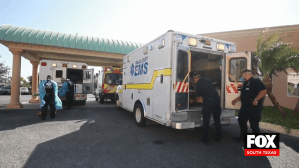 Health Officials Prepare For a Possible Surge in COVID-19 Hospitalizations 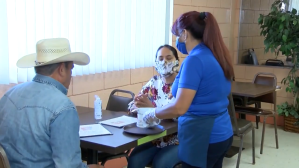 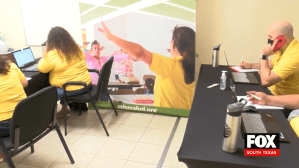 Police Say Crash Was Possible Cover-Up For Man's Assault, Leading To His Death