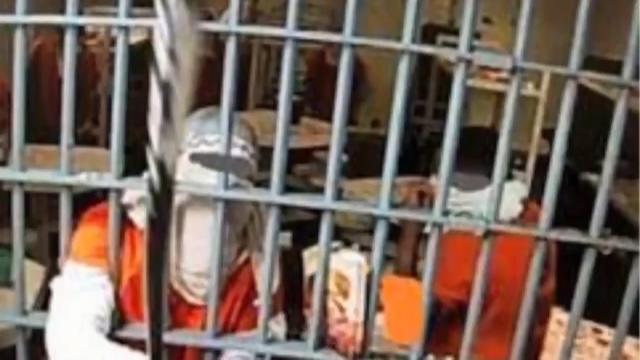 Webb County Sheriff Martin Cuellar says he is preparing to formulate the charges against the 25 inmates involved in Tuesday’s riot.

The inmates involved in the incident started a fire and caused about 29 thousand dollars worth of damages at the county jail. Two correctional officers were punched in the face during this altercation.

Sheriff Cuellar says the prisoners are Mexican mafia members and some are waiting for deportation. Meanwhile, some of their privileges have been taken away.

“For example, commissary, we are going to take away. Commissary is a privilege and those are some of the things we will take away from them.”

Sheriff Cuellar adds the inmates are still allowed to take their break because they are following the rules and regulations of the jail commission. The inmates are facing arson, engaging in organized criminal activity, criminal mischief, assault, inciting a riot and escape charges.

While the charges are formulated, the inmates have been placed in a secured area and security at the jail has been enforced.

“They are not in charge of the jail, we are. At the end of the day, we are going to tell them how to do things and that is the way it is. My guys are trained professionals and went. They went in it, took them three minutes to get everything out of control.”

Cuellar says the Webb County Jail is in need of separate segregated cells to confine inmates that are acting up.

The sheriff adds he is looking into housing some of the inmates at different jails located in South Texas.