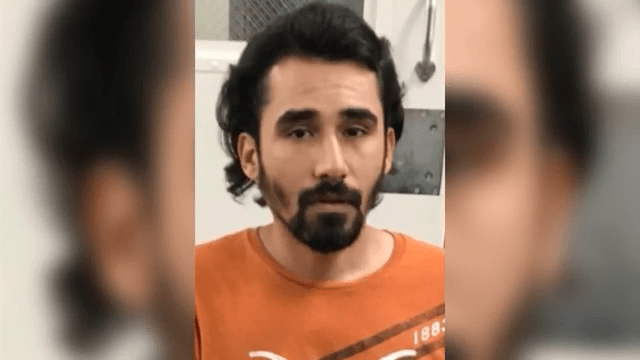 After being on the run for seven years, Victor Manuel Palomo is now behind bars at the Webb County jail. He is guilty of fatally shooting Alberto Garcia in 2009.

“In 2015, he was arrested near Monterrey, Nuevo Leon but he managed to escape so we never gave up in trying to find him and bring him to justice it was very important to us as an office.”

The search for Palomo began in 2011. He was facing trial for the murder of Garcia and for injuring another person. The incident was reported at the 800 block of Elk Street. According to the police report, a confrontation between two groups at a party ended with Palomo shooting a semi-automatic weapon into the air. On his third day of trial, he fled Laredo.

Palomo was detained in Nuevo Laredo this week for allegedly disturbing the peace.

“Mexican authorities approached him. There was a minor altercation. There was no big incident, nobody got hurt that’s the way we like to do things. Finally he was brought over to the middle of the bridge.”

Authorities say this time Palomo will stay behind bars.

“The warrant that he was picked on was actually a capias issued by the presiding judge and he does not have a bond and because he was found guilty of murder in 2009, he will have to serve out his sentence and there is no chance that he will be getting out of jail.”

Palomo received 99 years for the murder charge, plus 20 years for aggravated assault with a deadly weapon. The District Attorney says he may face additional charges for fleeing the country. An investigation is underway to determine what Palomo was up to for the past seven years.