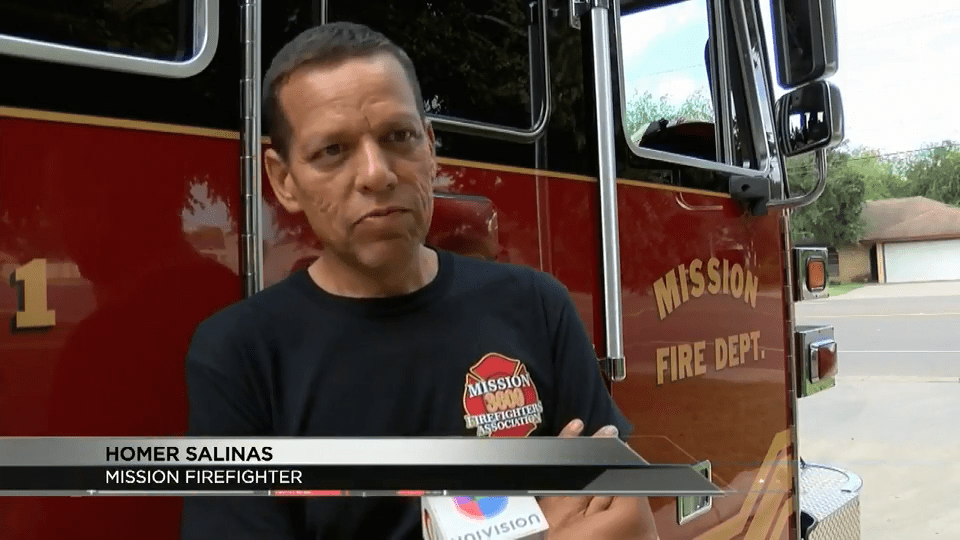 At the beginning of this year, a firefighter from Mission was diagnosed with kidney cancer and asked the city for help to pay his medical treatment. A judge now ruled in his favor, also approving funds for his recovery.

Around January of this year, a cancerous tumor was removed from Homer Salinas. Nine months later, he is now back to work.

At the beginning of the year, Salinas was battling not only his health but a legal issue. He was in need of full medical coverage for his cancer treatment. The Texas State Association of Firefighters fought with the insurer to reconsider his case after being denied.

“It’s awesome. It’s an awesome feeling to be back at work serving the community. This is what I live for. I think I was born to do this because this is what I love to do and it gets my day back to normal.”

In February, city of Mission authorities promised to intervene and now a judge ruled in his favor saying his medical expenses will be covered. Officials say they always work with compensation benefits for injured employees, especially those that risk their lives for the community.

“Cancer has now become the number one killer of firefighters and has surpassed heart attacks and this is a very common thing happening across the state and across the country, where firefighters are constantly getting denied for their claims. We get exposed to tremendous higher rates than normal people and that is causing a lot of our guys to get cancer.”

Salinas adds he hopes to be an example for many who are going through a similar situation. Even though the firefighter continues to have doctor visits, he says he would never change his career because it’s what keeps him going through his battle.

Change.org Petition Calls For The Removal of UTRGV Professor For Controversial Remarks