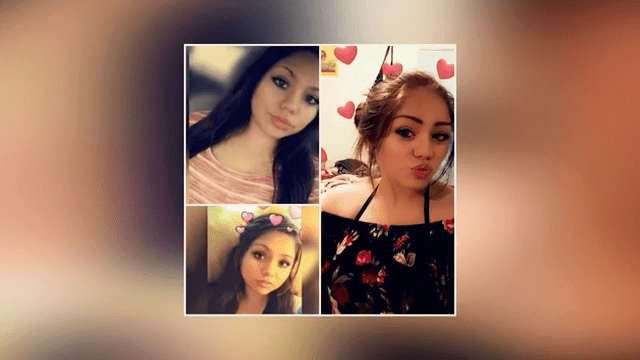 One family in Los Fresnos is desperate after the recent disappearance of a 14-year-old.

Jazmin Lee Hernandez was last seen Saturday at the 9270 block of Los Olmos Drive.  Her concerned mother, who lives in Houston, says she hasn’t spoken to her in almost four weeks.

“A Sheriff already came. He came to see inside my house to see if my baby was here and then CPS came right now unexpectedly and I told them ‘I have nothing to hide, you can come on in check everything. You can even check the baby that I have here. there’s nothing that I have to hide my main priority is to find my baby.'”

Hernandez was in the care of her grandparents at the time of her disappearance. Her grandfather tells Fox News he took his wife to work and when he came back Jazmin was no longer there.

“The man over there has cameras. I asked him if he could do me a favor after I spoke to police if he could show me the video.”

He adds that officials watched the video to proceed with the investigation.

“You can’t see the license plates on the car but you can see where she gets out of the house and a car stops in front. She goes out with some luggage and gets in the car then leaves.”

Her grandfather says he has had custody of his granddaughter for over 16 months, he believes she left to be with her mother.

“In the morning at 6:58 she came and took her. I don’t have the license plates to her car but I’m sure she was the one that took her.”

However, Jazmin’s mother says her daughter isn’t with her and feels her grandparents aren’t doing their part to find her child. Both the mother and grandfather say all they want is for Jazmin to return home safely.

“Your house is here. Listen to me, at least send me a message so I can know that you are safe.”

“I’m sorry my baby, please come back. It doesn’t matter if it’s to them, I don’t care. I just want you to be safe, please Jazmin. I love you, mommy loves you.”

If you have anyone has information regarding Jazmin’s whereabouts, contact Brownsville Crime Stoppers at (956) 546-8477.