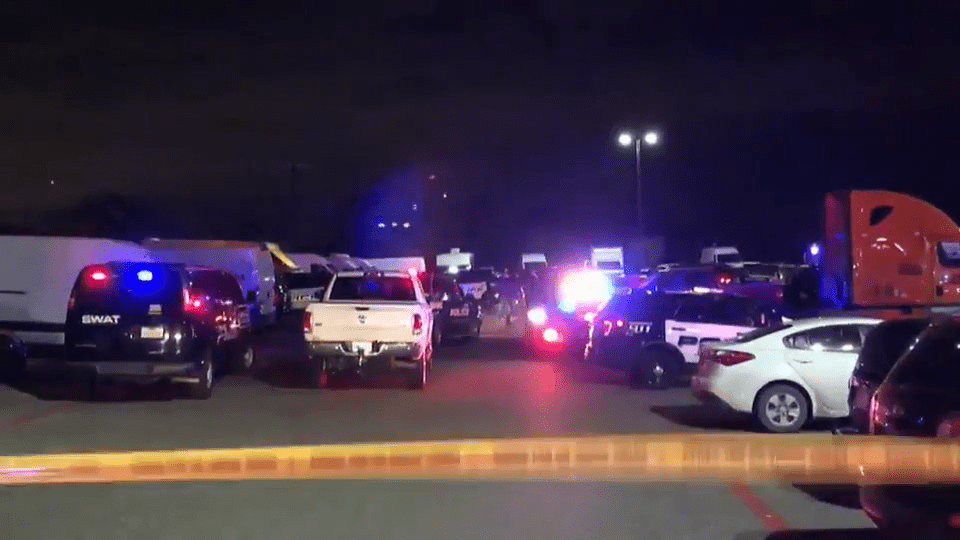 Wednesday night, shots were fired at the 13-mile marker by the Flying J truck stop area. One man is now behind bars.

At about 8 pm, authorities received a call reporting gunfire. At the scene, officers heard gunshots and pinpointed them to an emergency clinic in the area.

“We went ahead and contained the situation but the officers did report hearing the shots already when they were here already. We went ahead and contained and evacuated a pretty expansive area here by the Flying J we evacuated the Denny’s here by the side and the Flying J truck stop in case there was any type of shootout there won’t be any casualties here inside the locations.”

Investigator Baeza says the suspect attempted to start a fire inside the building. Negotiators and a swat team were called in to speak with him. In a statement, Laredo Border Patrol said the suspect exited through a door and surrendered to law enforcement.

“Nobody from law enforcement at my understanding actually shot or discharged their firearm. Nobody was inside the building along with the perpetrator at this particular point he is being identified as an employee of the urgent care facility.”

The suspect, a 44-year-old man,  is charged with multiple counts of aggravated assault against an officer. At the scene, authorities found 20 casings and recovered a 357 semi-automatic handgun. Luckily no injuries were reported. Laredo police continue investigating the cause of this incident, we’ll keep you updated as more information is made available.