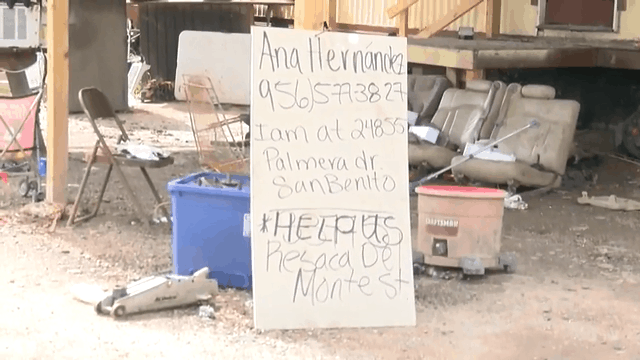 The Hernandez family is asking for the community’s help after losing everything they owned due to the fire.
Ana Hernandez, a single mother of five, says her years of hard work and dedication vanished in a matter of minutes. She tells Fox News she was at home with her children when the blaze began.

“We were there, I just thought of losing everything and I just thank God that I am safe with my kids.”

Hernandez adds that when she saw her home, she couldn’t believe the fire consumed a large part of it. She says they’re in need of donations to help her find a new place to live.

“I’m a single mother of five kids and I’m asking for help.  If anyone could help with anything, a dollar, whatever help I can get it would be appreciated.”

According to fire officials, the trailer home went up in flames due to an electrical short circuit. Hernandez and her five children are all in need of clothes, shoes, food and economic aid.

“I’m raising funds to build something for my kids.”

This Friday, September 21,  Hernandez will be selling tamales to raise money. If you would like to help you can go by 24855 Palmera Dr in San Benito or if you would like to make a monetary donation, you can visit their GoFundMe account and search under “Vicky Hernandez.”
For now, the Hernandez family is seeking shelter with a family member, until they are able to get a place of their own.

Crime Rates Lower in Border Cities Compared to Bigger Parts of The U.S.