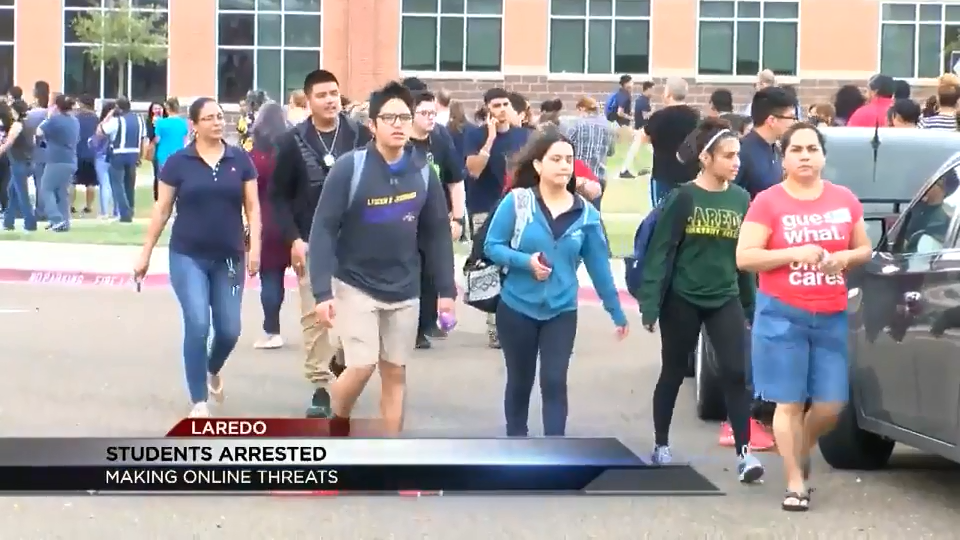 In one week, the Laredo police department detained and arrested several teenagers for making threats at various schools in Laredo.The arrests were made after incidents that occurred February 15th to the 20th.Two LISD students were investigated for making threats, one has not been charged at this time, but a 16-year-old male was detained and charged with terroristic threats class b misdemeanor. Two from harmony science academy ages 14 and 15 were also charged with terrorist threats class after making violated threats toward one of the campuses and were reported by a faculty member.Today, Laredo police arrested 18-year-old Gerardo Martinez for harassment class b and false alarm or report after making an online threat as well as detained a 13-year-old for making threats to harmony science academy. Authorities stated every threat made towards a school campus is investigated, and the individuals, regardless of their age, will be prosecuted to the fullest extent allowed by the law. A few hours ago, authorities let Fox News South Texas know another UISD student was detained on similar charges, making it a total of 7 detained and one arrest.