According to Hidalgo County Sheriffs, this morning, 68 year old, Elizabeth Guerrero and her daughter, Elizabeth Sandra Morales surrendered to authorities after the two were on the run after hitting and killing 20 year old Gilberto Gaytan, both being implicated in Gayton’s death. Preliminary investigation shows Ms. Guerrero fled from the scene after hitting Gaytan with her vehicle. Earlier, her daughter and the now deceased Gaytan argued over the custody of their daughter. Amber Alert was issued to locate the child on Thursday, and by Friday, authorities say the little girl was safely in the custody of Child Protective Services.  The case is being investigated as a homicide. Guerrero will be arraigned Saturday at 3 pm. 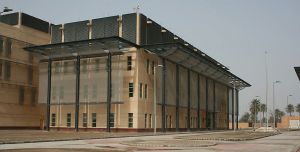