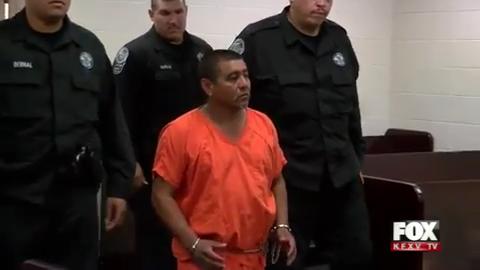 New details are revealed in regards to the man who confessed on Facebook Live to killing his wife moments after doing so.

It’s a domestic violence case that ended the life of Olga Espinoza and her mom, Irene Espinoza who were shot in the head by the victim’s husband Alvaro Medrano Garcia in front of their children. Neighbors tell us it was the children who first seeked help. It all started last at 6:48 pm when authorities responded to a call from a man in Edinburg confessing he killed his wife. At the same time, he was streaming what he did on Facebook Live. Authorities state they have a copy of the video and are investigating the footage. Hidalgo County Sheriff states it was then when they had a dispute and he shot the two women in the head while they were in the car. Garcia himself called 911 and turned himself in to authorities when they arrived on scene. Garcia states he did it because his wife was cheating on him. The children of ages 4, 5, 10 and 14 were taken by child protective services and are now under custody of Espinoza’s sister. Sheriff Guerra states Garcia did not have previous criminal history of domestic violence, but neighbors say it was often present in their home. Garcia is now facing two charges of capital murder with a bond of 2 million dollars.