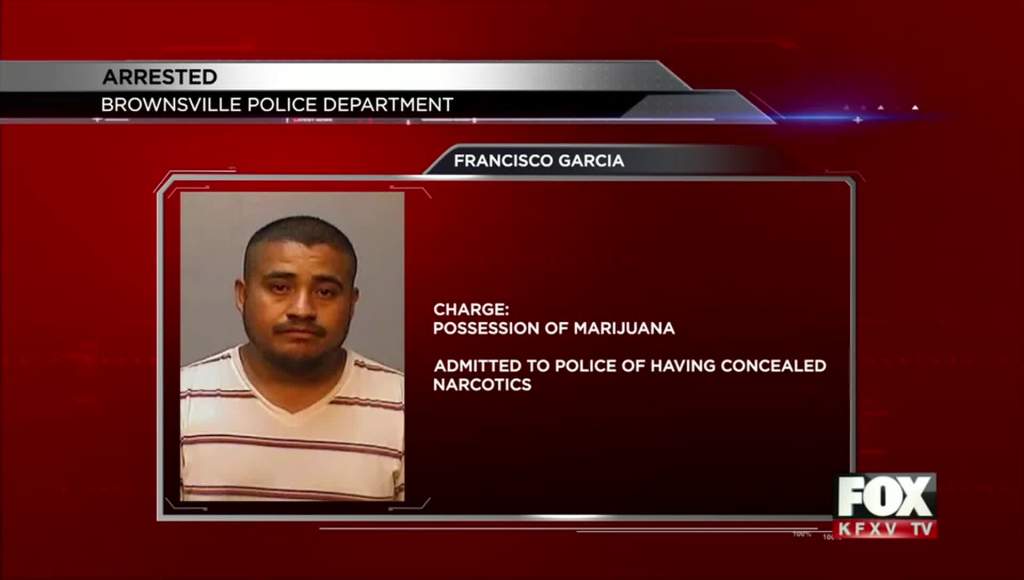 BROWNSVILLE (KFXV) — Police in Brownsville arrested one man after catching him on on video– allegedly selling drugs. Officers say they stopped 28-year-old, Francisco Garcia near the 400 block of Morningside Road after watching a possible drug exchange. Garcia admitted to police of having marijuana concealed inside his vehicle. Investigators found 11.4 grams of marijuana inside, and arrested him. He now faces a charge of possession of marijuana.