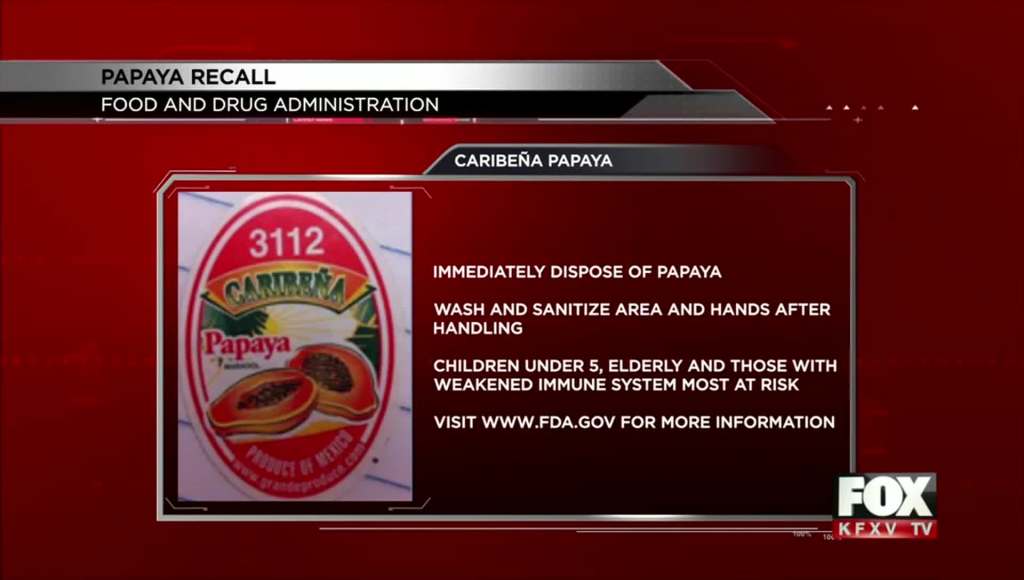 United States (KFXV) — 47 cases,12 hospitalizations and one death in 12 states all connected to a Salmonella outbreak in papayas. The Food and Drug Administration has announced a recall of papayas distributed by a local produce company. According to the FDA, they are currently investigating a Salmonella outbreak they say stems from “Caribena” branded papayas from Mexico distributed by Grande Produce, a produce company in San Juan, Texas. They also note that the outbreak also includes states where the Grande Produce Company does not distribute in.
Caribena papayas sold between July 10 through 19th should be immediately disposed of. For more information, visit FDA.GOV